Latest News
Life moves in mysterious ways - Croatia is home, of that there is no doubt: Life moves in mysterious ways - these we
Croatian coastal city sees highest temperatures since records began: The height of the summer is here and Cro
Nubain Village in Egypt: Are you willing to be humbled by some of
The Value Of Clinical Trials In Drug Development: Medical researchers rely on clinical tri
Two million passengers expected to pass through Split Airport by end of the month: The trend of a large number of passenger 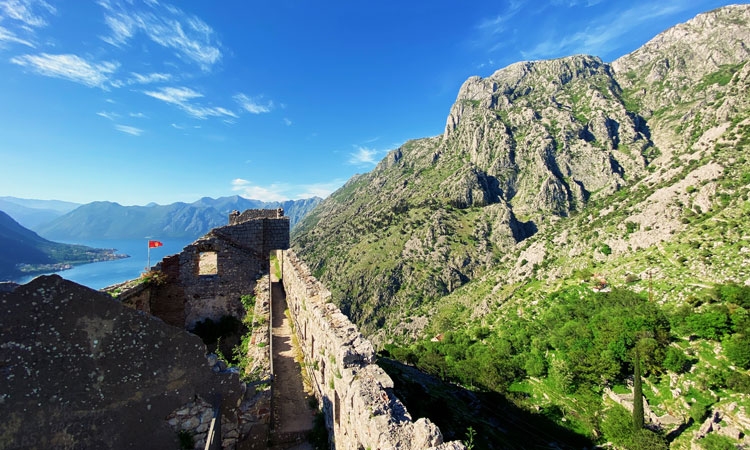 Popular Must-Visit Cities in the Balkans

There Is More To Balkans Than Most People Know

If you like progressive culture, youthful party folks, quaint sleepy towns, enchanting scenery, walk through history, and much more, then look no further than a visit to one of the Balkan cities. Below are some of the most popular cities in the Balkans that you must try to visit.

If you are a beach person, then head over to Jala in Albania for a truly amazing day at the beach. Relax and laze around as you take in this hidden gem of a spot of truly azure seawater. You can enjoy almost a 150 km stretch of sand and cliffs. These are located between the towns of Vlore and Sarande. The area has many nearby spots of picturesque ancient villages. You can see abandoned castles with breathtaking views. You can easily put up a tent as there are a lot of places that allow you to do so.

If you are a Game of Thrones Fan, then you need no encouragement to go to Croatia. Chances are you already have Dubrovnik in mind along with this list of activities and have made an itinerary around it. The southern part of Dubrovnik is unarguably very beautiful. However, if you are looking to skip places that are heavily laden with tourists then Rejika may just be the right place for you. This city is known for its strong Italian influence and one can enjoy spending time with locals in the many outdoor cafes on the boulevard. While in Croatia, don't forget to taste their famous and delicious wines.

The beauty of north Macedonia cannot be underrated. The beautiful Greek and Byzantine ruins, the immensely hospitable local people, and the cheap prices will put you in awe. You can spend endless hours exploring ancient mosques, walking down the local bazaars in the daytime, and on the same day spend the night partying hard in some of the best party scenes ever. Fan of History? Make it a point to see the glorious statue of a great warrior king which is a sight to behold as you look up at its massive size.

Having been overlooked by tourists for a long time, this city is now a prime spot for visitors as it boasts of high and mighty mountains. The blend of Mediterranean influence and Byzantine provides a perfect spot for people to feel the cross-cultured togetherness the city has. The blue-green Trebisnjica river situated between the worn-out old town will give you a perfect walk back in history. If you like some adrenaline rush then head over to the Leotar mountains and take a paragliding tour. On a summer night, the whole town turns into one big party festival.

Everyone who has visited Belgrade, the capital city of Serbia has fallen in love with it. If you like to visit old cities, then keep in mind that Belgrade is the oldest city in Europe. You can spend endless hours exploring this vintage city. The Belgrade fortress is another amazing must-see spot. It is set between two rivers, Sava and Danube. It is not only one of the most enchanting fortresses that you will see but is also one of the world’s oldest ones. From visiting an urban jungle, taking a stroll amid 19th Century set up and enjoying the Skadarlija, Belgrade surely has a lot to offer to every visitor. As for those lovers of nightlife, Belgrade will not disappoint you.

Novi Sad is a multi-cultural city in Serbia. It is also the second-largest city in Serbia. There are so many things to see and experience there that you will always have something new to look forward to. Novi Sad in the 18th century during the rule of the Habsburg monarchy was the epicenter of Serbian culture, politics, and social life. This is one of the reasons today this city is rich in culture and very welcoming towards tourists. The Liberty square should not be missed as you get to look at the city hall and the gorgeous catholic church. The Petrovaradin Fortress, opposite the Danube river, is a must-see when you are in Novi Sad. 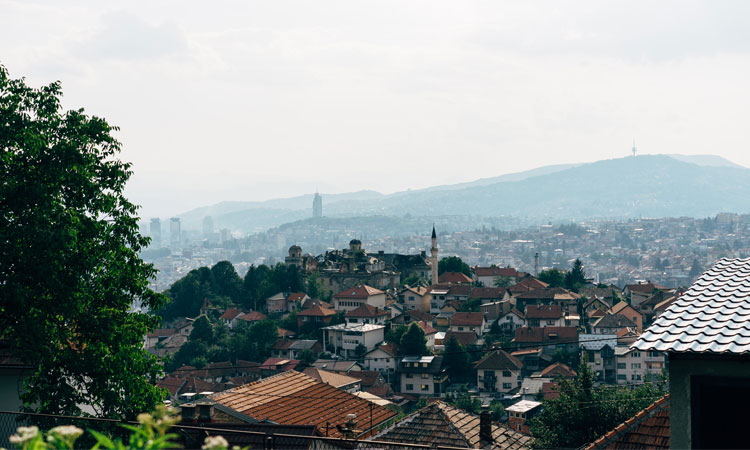 Along with many interesting and important spots that one can get to see in Sarajevo, it is also the largest city of Bosnia and Herzegovina. It is the capital city. This gives you an idea of how much you will really enjoy this city. It is often referred to as the European Jerusalem as its multicultural lifestyle dates back to centuries. To feel the true spirit of the East, a walk down the Bascarsija will bring in a world of Sarajevo’s famous artisans. You will get the whiff of the aromatic traditional cuisines as you pass by the galore of restaurants and cafes. You can enjoy the beauty of raw nature when you visit the Vrelo Bosne. There’s one thing you need to know about this beauty, there is always so much to see and o that you will never feel like you have spent enough time there.

Whenever people think of Turkey, the first thoughts that come to mind are rich food, lavish carpets, and unlimited cups of warm red tea. However, Edirne is now referred to as Turkey’s slice of Balkans that is rich in history. Edirne was previously known as Adrianople. A famous spot where major battles of the Hellenistic era were fought. The massive Selimiye mosque from the 16th century is one of the most famous attractions at Edirne. The traditional ottoman culture and architecture can be best explored in this city. Wine lover? Take the wine route also known as the Trakya Bag route to explore dozens of vineyards with each bringing in its own flavors.

Osijek is part of Croatia’s Eastern Slavonian region and is right in the center. While most tourists prefer to go to the Dalmation coast, Osijek is a choice for people who do not want to visit heavy tourist locations. Though this beautiful city has been ravaged by wars as recent as the 90s, it has rebuilt itself back almost completely. Known for its aromatic food which is a blend of Croatian, Serbian, and Hungarian cuisines, it sure will satisfy people will every type of taste buds. The spices found there are well known for their freshness and the best buy for tourists. It also houses some of Croatia’s best wine sources.

Overlooking many beautiful neighboring cities, Ljubljana is often overlooked by many visitors. This city is the capital of Slovenia. It is now vying for the position of one of the most up-and-coming destinations in the world. This is because this city has a constant pulse and bustling in the city center. Walking past the Ljubljianica River, you can see an array of restaurants and cafes calling you out to come to taste some of their delicacies. The beautiful Pink church, Triple Bridge, and the Ljubljana Castle will inspire you to learn more about this city’s rich heritage.

Split brings you to experience the largest and oldest preserved Roman palace in the world. This city is majestically situated on a peninsula on the Adriatic Sea. The famous palace of the Roman emperor Diocletian attracts many people who are interested in history and want to relive it again. You can easily spend a few hours walking around this palace. Right before Split, comes the famously stunning Plitvice Lakes National park. If you have some extra time on hand while you are in Split, head over to this park early in the morning. The wooden path will lead you through the park as if you were walking down an enchanted forest. 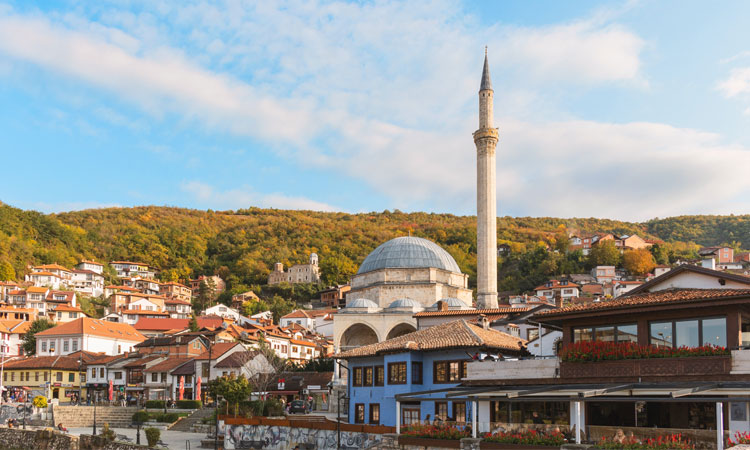 This is an ideal destination for someone who wants to take a break from the bustling city life. The small quiet town is in between a river which has many cafes, restaurants, and bars wherein you can sit and relax in the peaceful atmosphere. You will be able to see minarets rising high and many fortresses from a hilltop position. This city is rich in history and culture. At the same time, you will be able to witness how they blend with the younger vibe in every trendy cafe or art studio. If you are a movie buff, you can get tickets to the movie festival that takes place. You will enjoy a beautiful festival along with some nice movies to watch.

If you like to observe amazing architecture, then Kotor is the best city in the Balkan to do so. With splendid mountains surrounding this town, it is a sight to behold. You will just not be able to stop at different heights as you will get different breath-taking views from every point. It also has a pebbled beach wherein you can cool down and relax. As for the food, you will find the mix of Italian and Turkish cuisine and will definitely be spoiled for choices.

The top cities are just a few of the many beautiful spots the Balkans has to offer the world. As it picks pace welcoming tourists, it sure will reveal more gems for people all around to world to come and experience.