Latest News
Dubrovnik gets first drive-in Covid-19 testing station – 1,200 Kuna a test: A new drive-in Covid-19 testing station
The City of Dubrovnik shares experiences on topics of sustainability and cruising tourism: Deputy Mayor Jelka Tepsic participated i
Croatians save on average 479 Kuna per month for that rainy day: The awareness of Croatian citizens about
If Europeans were to vote President Trump wouldn’t stand a chance - states new report: If the citizens of the European Union we
Kuna weakens against all major currencies but strengthens against the Euro: On the exchange rate list of the Croatia 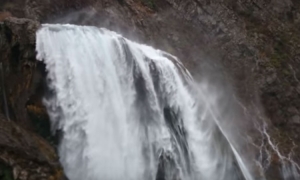 It is well known fact that Croatia is full of beautiful scenes of nature that have amazed people all around the world. Croatia’s waterfall Krcic obviously impressed Allison Wallace so much that she published her article ‘’Waterfall Defies Gravity’’ on the website Yahoo Lifestyle.

“Krcic is located deep in the hinterland, about an hour drive from the National Park Krka, which is known for a series of seven waterfalls. This particular waterfall doesn’t flow year-round as it dries up in the summer. Only in the winter you can see the 22-metre waterfall in all its glory,” Wallace writes on Yahoo Lifestyle.

Due to the strong northern wind ‘’bura’’ the waterfall seems to run upstream.

The northerly winds that have been battering Dubrovnik for the past week hit new highs last night.

Bitterly cold gale force winds swept down over the mountains and wiped up the Adriatic Sea.

This boat in the Port of Dubrovnik fell victim to the high seas and slowly sunk. The owner was greeted this morning with a half submerged boat.

Naked in Dubrovnik – “butt” he left his hat on

Some people just lose their heads (and their trousers) in excitement when they arrive in Dubrovnik. This revealing photo appeared on social media yesterday of a tourist getting carried away with the view, and offering a rather different view of his own. And as the cold north wind is blowing we can only presume that the view he offered wasn’t very generous!

This naked photography has taken off, no pun intended, over the past few years and more and more people are stripping down to their birthday suits for a holiday album snap. Several photos of naked tourists from the top of the Srd Mounatin overlooking Dubrovnik have been posted on social media this year.

This latest “skin feast” was taken from the Lovrijenac Fortress, which was a location for the popular Game of Thrones series. 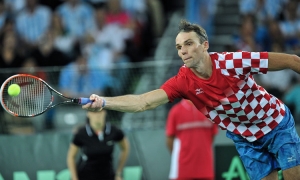 Croatian tennis gets a lift after Davis Cup disappointment

On the top of the list after winning their first Davis Cup is Argentina and in second place is Great Britain. In fact Argentina leapfrogged Great Britain into first place after their dramatic win last weekend.

Croatia’s next opponents in the 2017 Davis Cup are Spain and this tough match will take place in February next year. 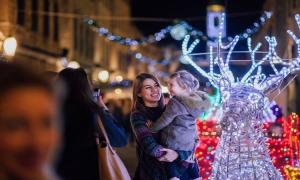 December is here with a festive atmosphere

On the first day of December starts the program of vocal group performances at Stradun around the festive stands, as a part of the Dubrovnik Winter Festival. The magic of Dubrovnik's Advent with traditional songs and Christmas tunes on the most beautiful stage in the world will start at 8 pm. Dubrovnik vocal groups will perform through December on Tuesdays, Thursdays and Saturdays.

For children on Friday, 2 December at 6 o'clock in the cinema 'Sloboda' there will be an interective theatre play "Audition for Santa Claus", produced by the theater company Travelling Theatre. Tomislav Bralic and Intrade vocal group in the evening, in front of St. Blaise from 8 and 30 pm, are another musical gift from the Dubrovnik Winter Festival to their fellow citizens. 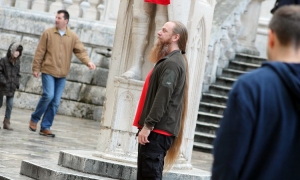 The strong northerly winds that are battering Dubrovnik have made it tricky to keep warm. But this tourist to the Old City was having a rather different problem today, how to keep his long hair under control.

As he walked to enter the St. Blaise Church in the heart of the Old City the pun “hairway to heaven” came to mind. We wonder if he flew to Dubrovnik with “British Hairways,” enough of our “cutting remarks.” 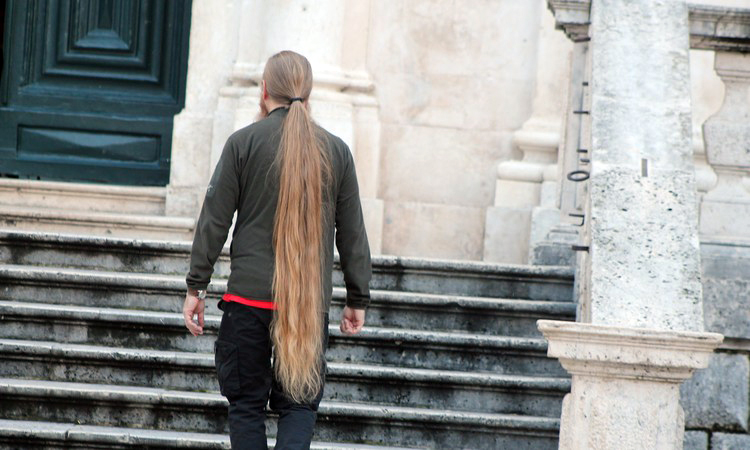 One of the most popular attractions in Dubrovnik, the Rector's Palace, will be closed from the 1st of December. The closure of this iconic building is due to the second phase of reconstruction that was started earlier this year.

According to a report from the Dubrovnik Museums the Rector's Palace will be closed from tomorrow however they added that the Museum Shop will remain open whils the works are going on.

The works will be supervised by the Dubrovnik Institute of restoration and are scheduled to be completed by the 31st of May 2017. 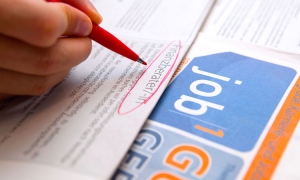 Ever since Croatia became a full member of the European Union as the 28th state on the 1st of July 2013 there have alarm bells raised that many of the country’s most talented young professionals would leave to seek employment in another member state. Ireland and Sweden have been the most attractive destinations for Croatians looking to further their careers abroad. And a new survey shows that Croatia is facing an uphill battle to keep its talented workers from migrating.

According to a statement from the National Competitiveness Council (NVK) Croatia has placed as the 53rd among 61 countries on the Institute for Management Development (IMD) World Talent Ranking 2016 list.

The list was published by the Institute for Management Development (IMD) from Lausanne, Switzerland and showed that Croatia made a slight improvement in comparison to last year when it ranked as the 58th.

The IMD evaluates a country's potential to develop, attract and keep talented people in order to create a base of talents necessary for companies to operate in their fields. The ranking is based on more than 30 indicators which are divided into three main groups – investment and development, attracting talent and a country’s readiness.

‘’The latest report indicates the necessary implementation of the reform of the education system and encouraging lifelong learning as a precondition for creating a more competitive society and economy," said the NVK president Ivica Mudrinic emphasizing the importance of creating new jobs and opening up opportunities for professional affirmation in Croatia.