Latest News
Emirates further postpones flights between Dubai and Zagreb: Emirates have announced that they will f
Croatians bought 2173 new cars in May – a drop of 76 percent compared to 2019: In May, 2,173 new cars were sold in Croa
First aid procedure to be presented with blood pressure and sugar testing: Dubrovnik Emergency Medical Service will
The Best Restaurants in Dubrovnik for Fish Lovers: Eager to travel to Dubrovnik soon? Here
TIME FOR NATURE: It's World Environment Day!: World Environment Day is celebrated ever

Up close and personal with Tyrion Lannister

The connection between the Game of Thrones and Dubrovnik is unbreakable, and now we have a life-size character from the hit series on the streets of Dubrovnik.

Tyrion Lannister, played by Peter Dinklage, is alive and well in Dubrovnik, well at least of model of him is on the streets of Dubrovnik.

Many businesses in Dubrovnik have introduced Game of Thrones themed contents to their offer, but this Game of Thrones store in the Old City has gone one step further with this model of the popular character. Located on one of the main streets in the historic Old City the model of Tyrion Lannister is proving a hit with tourists who are lining up to get their photo taken with him.

The Game of Thrones store, Dubrovnik City Shop, also has a full-sized throne from the series inside which customers can pose in. 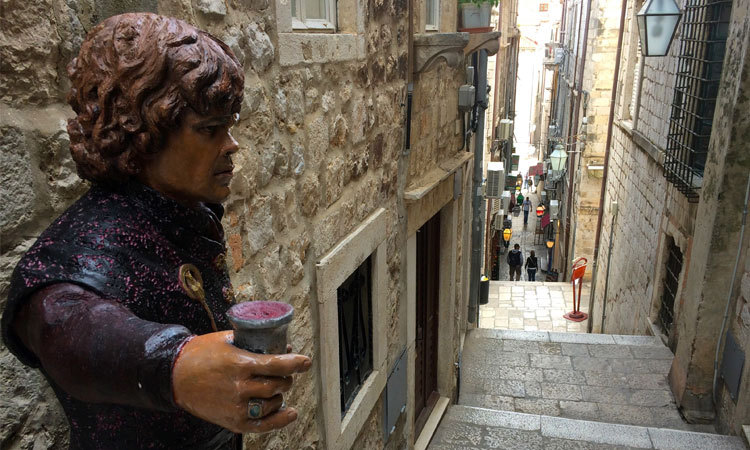 From Whom the Bells Toll: Dracarys to Dubrovnik and Daenerys Targaryeon Press tour for 39 foreign journalists
back to top