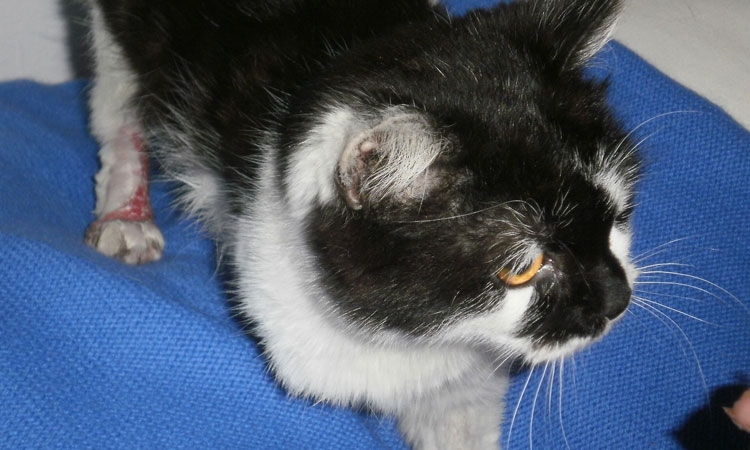 Blanche deserves a home – can you help!

The people of Dubrovnik have had a close relationship with cats since the city's very beginning. Indeed, there were times during the dark ages when the very presence of cats and their ability to hunt disease spreading rats meant the difference between life and death. Lately though, these resilient little creatures are taken for granted and often neglected. Blanche ,a feisty and beautiful little five month old girl, is like many other kittens who face their own life and death battle in the city every day.

Blanche is different; she only has three legs but is however, as active and playful as any other kitten. She is a strong, beautiful and friendly little girl who desperately needs a loving home. She is named after the famous Parisian socialite, Blanche Dumas who managed to not only survive but prospered in the upper echelons of French society carrying a very unusual disability - she was born with three legs. The product of a French father and a black mother she had very humble beginnings on the island of Martinique but was none the less able to find a new live in Paris.

It is said that cats have nine lives and indeed this belief lay at the foundation of several ancient religious cults. According to Brewer's Dictionary of Phrase a cat is said to have nine lives because it is "more tenacious of life than many animals". As far back as 1894 scientific experiments were held to try and work out why cats seem to be able to survive falls from nearly impossible situations. Photographic evidence showed that the key, it turned out, was their ability to always land on their four feet due to their innate acrobatic abilities. As the cat falls an automatic twisting reaction begins and the cat manoeuvres its head, back, legs and tail to ensure that it lands safely. 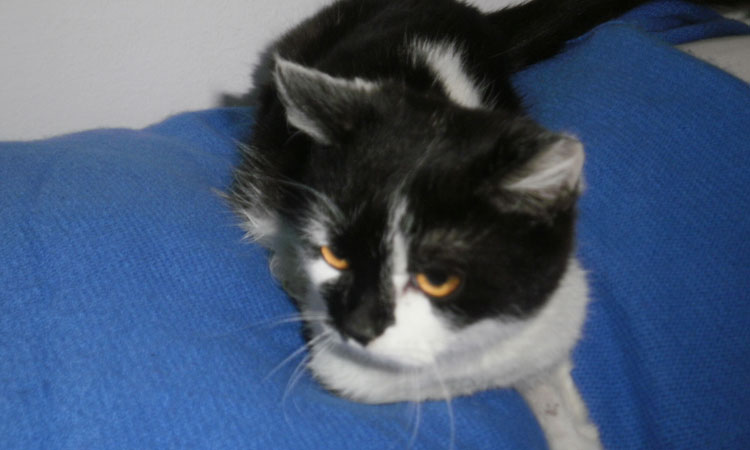 She has almost used up her nine lives

The first life Blanche had is unknown but will have been a privileged one having been born into a local family. But that life of privilege changed dramatically on Christmas Eve when she was dumped by her owner at Sveti Jacob. Abandoned and forced to fend for herself she should have died that cold winter night but instead her second life had begun. Helped by a few generous souls who drop food off to the many abandoned cats in the area she fought for her small share to help give her strength to face the cold northerly wind. Slowly she began to cope with her new environment and formed a bond with two other kittens who were also fighting to survive. But one day, this new life had another twist and she was critically injured. Sheltering out of the rain under a parked car she fell asleep and was run over when the car moved on and was badly injured.

The third life for Blanche had begun. After the accident Blanche dragged herself into one of the little cat boxes which have been built by kind people who understand that cats have needs as well as other animals. She lay there for a day until fate took a hand again and a kind samaritan noticed her little head and bright yellow eyes peering out of the darkness of the box. She could have died a long and lonely death but instead he took her to a veterinarian. She had lost a lot of blood and the prognosis was not good. Most importantly the nerve in her left front leg had been severed and she could never walk on it again. The leg had to be amputated and her next life had begun.
Typically she has fought back and made a full recovery as cats do after having this operation. Indeed they lead full and normal lives as they are able to adjust to their disability.

The kind people at the Dubrovnik Animal Shelter are caring for her after the operation.

Perhaps someone would like to share her next life and make her a member of their family. If that person is you, please contact Ljubica on +385 (0)95 9045623 and she will introduce you to the remarkable Blanche. 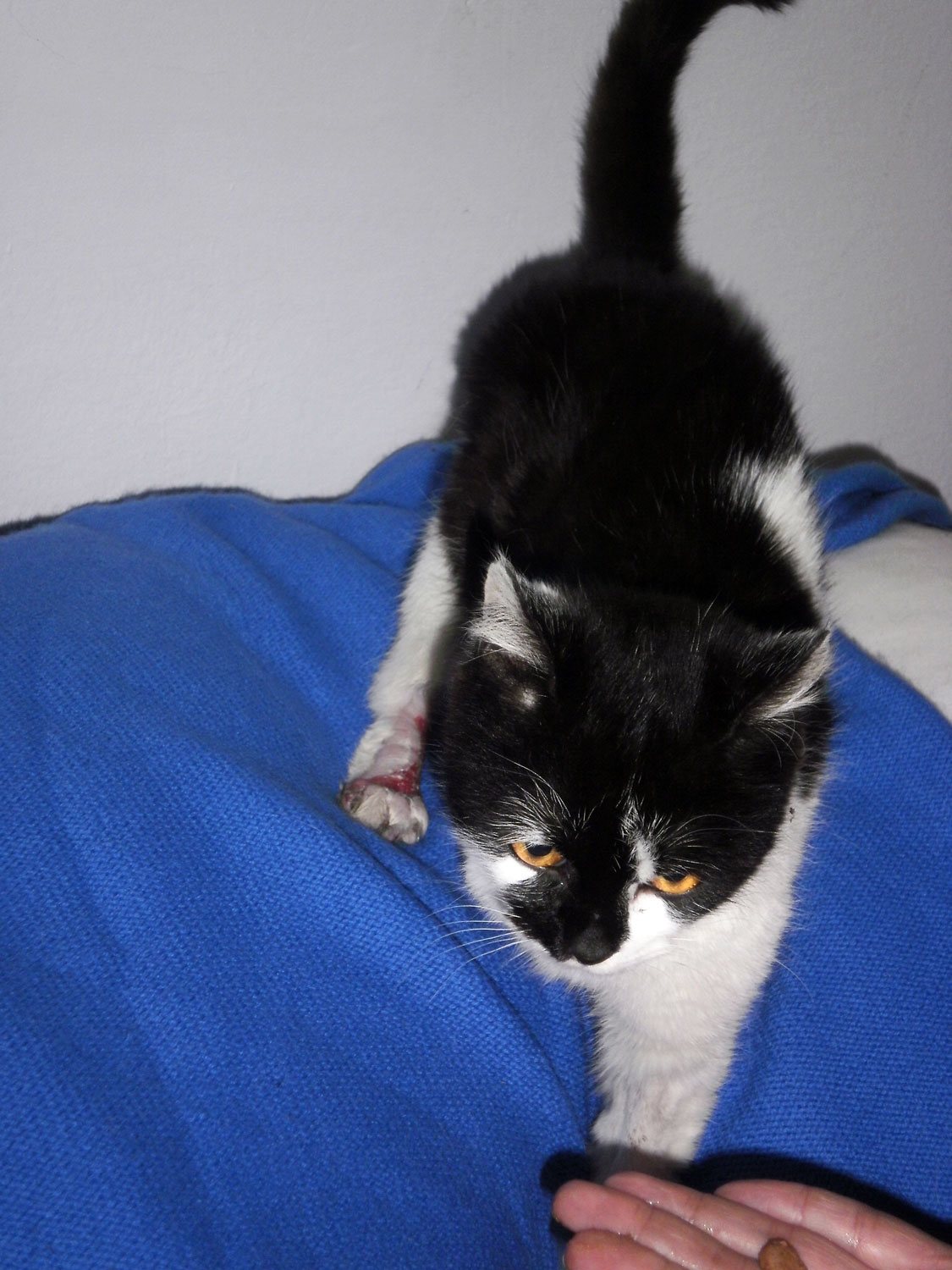