The Mayor of the City of Dubrovnik, Mato Franković, together with colleagues and representatives of the competent municipal companies, today visited the area of ​​Žarkovica where the former animal shelter was located. Ana Ivelje, the head of the dog relocation project, was also present and explained the current situation.

In the next month, weather permitting, the employees of the municipal companies of the City of Dubrovnik will remove all objects contaminated with rodents and pests, which will create prerequisites for disinfection and clearing of the entire area. This work will be carried out by the relevant city department (Sanitat) and all with the aim of preventing the spread of infectious diseases. and to protect the population of the surrounding settlements.

Previously, Sanitat employees moved the remaining 67 dogs into new kennels, where they are working on the socialisation and processing of the dogs, as well as preparation for transport and adoption. 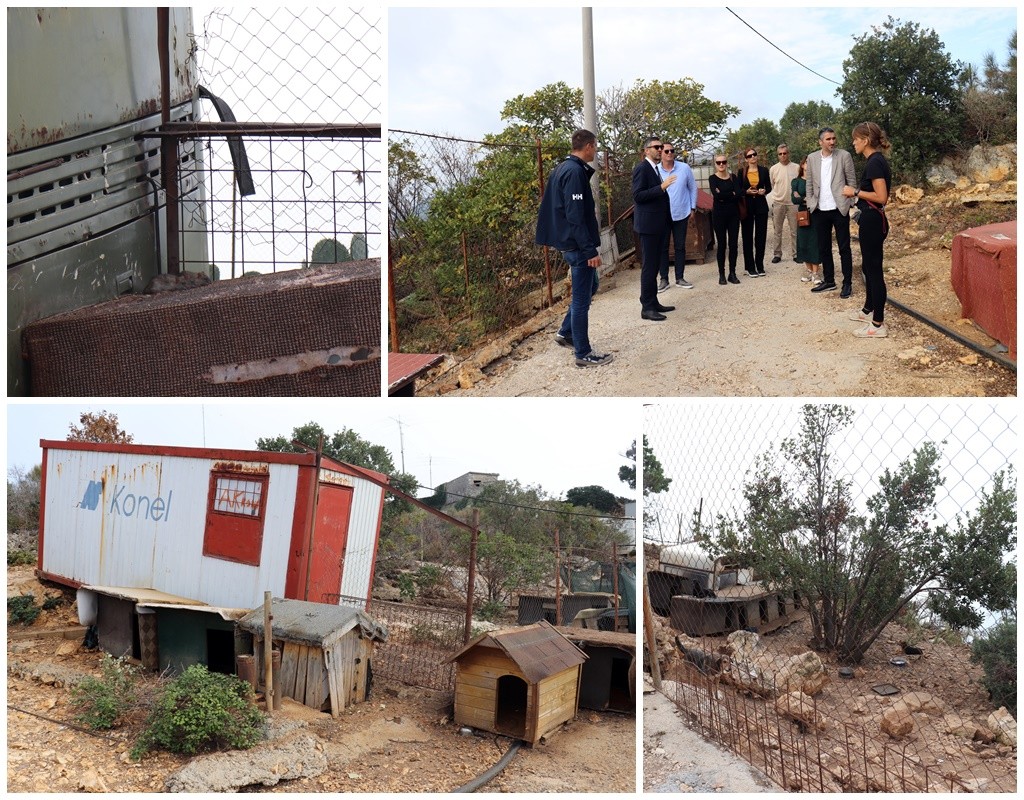 The City of Dubrovnik thanked all the associations and volunteers who are involved in the dog care project, in cooperation with the city administration and competent services, so that all the animals are cured and get a new home and family. 67 of them are still waiting for a permanent home, and according to the order of the veterinary inspection at the State Inspectorate of the Republic of Croatia, the deadline for closing the asylum is the end of January 2023, by which time all dogs must be adequately cared for.