Latest News
WizzAir introduces new flights from Poland to Croatia this summer: The low-cost airline WizzAir will
11 Reasons Why Discount Warehouse lights are good for warehouse lighting: As everyone knows, the warehouse has a l
Possible increase in global travel and tourism revenue by more than 50 percent: Despite the pandemic crisis and the shar
In the fight “Mark vs the Needle,” the needle wins every time: How do you fancy getting jabbed in the a
VIDEO – Wet winter weekend in Dubrovnik: It’s looking like being one of tho 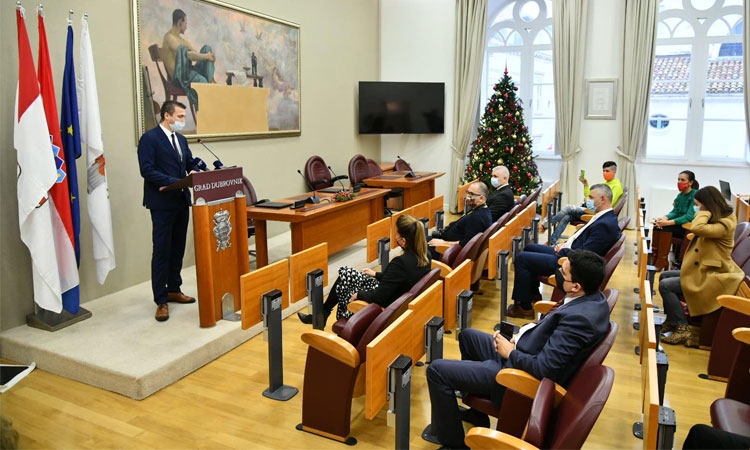 A contract was signed today for the purchase of 11 low-floor buses for the Libertas company, 12 meters long and more technologically advanced than the existing ones in the fleet of the Dubrovnik public transport company.

The delivery deadline is 200 days, and the director of Libertas, Ante Vojvodić, hopes that it will be even earlier, so that the buses are ready for the next tourist season.

The investment for the purchase of 11 modern buses for public transport is funded by the European Regional Development Fund and the Cohesion Fund under the Operational Program "Competitiveness and Cohesion" 2014-2020, as part of a limited grant procedure. For this purpose, grants from EU funds in the amount of HRK 18,000,000 were awarded.

The procurement of buses was coordinated by the Administrative Department for European Funds, Regional and International Cooperation, headed by Head Zrinka Raguž.

“We have contracted projects worth one billion Kuna. In the future, there will be new buses, and new tenders are to be announced,” Raguž pointed out.

The director of Libertas, Ante Vojvodić, pointed out that it was a long and arduous process that lasted two years, and that this was the first time that the buses were procured with EU funds, while their only cost was VAT.