Latest News
Week on the Dubrovnik roads – five traffic accidents and almost 400 traffic offenses: In the past week in the area of Police A
Dubrovnik send a Christmas present of 16 tons of mandarins to Vukovar: Christmas spirit has come for the 11th y
Lokrum Reserve donates 10 Covid-19 devices to Dubrovnik General Hospital: Today, the Dubrovnik General Hospital re
The vaccine is the solution, not part of the problem – states Kolinda Grabar-Kitarovic: International Olympic Committee member a
Coronavirus Croatia – 1830 new cases of Covid-19 across Croatia – 74 more fatalities: In the last 24 hours, 1,830 new cases of 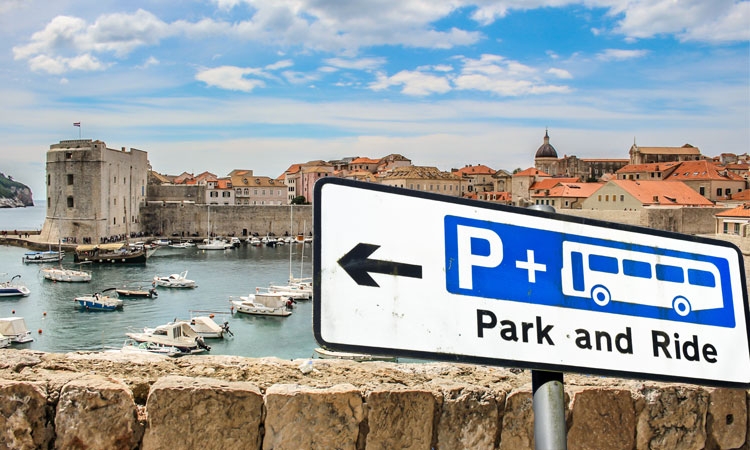 Light at the end of the tunnel for Dubrovnik drivers

Dubrovnik to finally get a “park n’ ride” system

If you’ve ever driven in Dubrovnik, or more precisely tried to park your car in Dubrovnik, then you’ll know that finding that empty parking space is a) like spotting a unicorn and b) going to make a hole in your pocket. But finally Dubrovnik is going to get its first ever park n’ ride system.

Those days of sweating in the summer heat with children desperate for the toilet whilst you wait patiently to park in Dubrovnik will soon be over. As part of the integrated development program Dubrovnik 2030 and the project Respect the City a park n’ ride will be constructed in the Pobrežje area of town. And no, before you ask Pobrežje isn’t really walking distance to the Old City. For those without local knowledge its located relatively close to the Dubrovnik Bridge, on the other side of the river than the Old City.

The Park 'n' Ride system includes the arrangement of a public parking lot for cars and taxis, as well as buses with a traffic connection to the main roads and public transport to the city centre. The development of the main project, which envisages a total of 624 parking spaces, as well as two terminals for boarding and disembarking passengers from buses, has been completed. And the paperwork as ever in Croatia is traditionally one of the most time-consuming parts of any project.

Of the 550 parking spaces for personal vehicles, 30 spaces will be marked for vehicles for people with disabilities. The stop for taxis will include 18 places, while 20 parking spaces are planned for buses.

In addition to arranging road surfaces, pedestrian and green areas will be arranged in the entire system, and a detailed project includes a functional solution for drainage and purification of rainwater from road and pedestrian surfaces. In order to enable the maximum use of space with regard to the specifics of the terrain, the parking lot will be built in a cascade, with the construction of reinforced concrete retaining walls. The project also created a technical solution for public lighting adapted to the space in terms of safety and visual sense.

“By arranging the Park 'n' Ride car park, the City of Dubrovnik is one step closer to the planned restriction of car access to the boundaries of the contact zone of the historic core for all but the local population, which is one of the goals of the Respect the City strategic project. Visitors who leave their vehicles on Pobrežje will have access to Libertas buses included in the parking price. The project is registered for the EU project Recovery and Resilience,” stated the City of Dubrovnik on their website.