Latest News
Coronavirus Dubrovnik – 59 new cases of Covid-19 in Dubrovnik-Neretva County in past 24 hours: In the Dubrovnik-Neretva County, 59 new
Fancy a few days in Istanbul – Turkish Airlines have sale on!: Turkish Airlines have again announced a
Opening concert of Dubrovnik Winter Festival cancelled due to bad weather: The 8th Dubrovnik Winter Festival opens
How to Plan a Romantic Weekend in Dubrovnik: 6 Tips: Star-studded skies, exotic restaurants,
Just how much do digital nomads spend in Croatia?: After the introduction of the digital no

Ivana Smilović – a senior journalist at The Dubrovnik Times. Born and raised in Dubrovnik, Ivana (or Smile as she is known to all) graduated Media Studies from the University of Dubrovnik. A book worm, coffee addict and want-to-be world traveller Ivana brings her unique local insight, connections and general optimistic and well smiley feel to the Times. 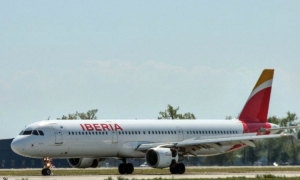 Iberia to resume flights to Dubrovnik in July

Spain’s Iberia will be resuming services to Dubrovnik this July while operations to Zagreb, Split and Zadar could be added in August or later on – EX-YU Aviation News reports.

By the end of August, the carrier plans to have 21 percent of normal seat supply on its short and medium haul network, which may rise to 35 percent depending on demand.

Services between Madrid and Dubrovnik are supposed to resume on July 17th.

Dubrovnik Emergency Medical Service will present to Dubrovnik citizens and their guests the procedure of first aid, the role of urgency in its application and basic advice if they find themselves as participants in a serious traffic accident on Saturday, June 6th from 10 am until noon at Sunset Beach Dubrovnik.

Participants will be able to measure blood pressure and blood sugar too. There will be a presentation of drunk goggles.

There is something that is very important and it's often forgotten. The first sixty minutes after a serious traffic accident is crucial for saving the lives of the injured. That is why this time is called the ‘golden hour’, the minutes that mean life, and imply emergency medical care. It is also a fact that many citizens have forgotten or do not know the basics of first aid.

By marking World Environment Day, UNEP seeks to highlight major environmental issues and encourage understanding of the role and responsibilities in thinking about sustainable development. This day is celebrated in more than 140 countries around the world with the aim of encouraging citizens to behave responsibly to preserve the planet through an active role in sustainable and balanced development.

This year's World Environment Day is held under the slogan "Time for Nature" and reflects the desire and need of people to turn to nature and live in harmony with nature.
According to recent scientific data, nature is increasingly threatened by land use change, agricultural activities, overexploitation of plant and animal resources, climate change and the negative impact of invasive alien species.

Biodiversity loss and ecosystem collapse pose are of the greatest threats to humanity in the next decade. Therefore, any investment in biodiversity conservation pays off many times over, so, for example, wetland conservation can save insurance companies more than 50 billion euros a year in flood prevention and mitigation.

On the occasion of the World Environment Day, the Croatian Ministry of Environmental Protection and Energy issued a brochure "Environment in the palm of your hand I - 2020".

Over 86 thousand tourists announced their arrival to Croatia

Among other things, Bozinovic talked about the page entercroatia.mup.hr, which was activated on May 28th and since then 86,636 people have announced their arrival, according to the dana collected until yesterday at 6 am.

Most are citizens of Slovenia, Germany and Austria. The application is used successfully and shortens the waiting time for crossing the state border. The forms are, for now, avaliable in English, Czech, German, Slovenian, Slovak, Hungarian and Polish.

You can learn more about EnterCroatia HERE. 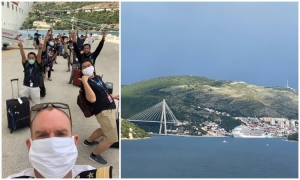 Carnival Cruise Line issued a big “hvala” (thank you) to Dubrovnik, Croatia yesterday, after an extraordinary effort resulted in the repatriation of nearly 3,000 Carnival team members through the Port of Dubrovnik last week.

The cruise industry really does bring the citizens of the world together and Carnival proudly boasts 110 nationalities amongst its onboard team. That can make things complicated in this current situation as the world’s largest cruise line works to repatriate more than 26,000 team members home, with a backdrop of some nations with closed borders, flight options limited, and debarkation and immigration policies frequently changing.

-Luckily, Carnival has great port partners all over the world who are working with the company. And today, we’d like to recognize our friends in the Republic of Croatia and the Port of Dubrovnik. Over the past week, Carnival Breeze and Carnival Magic made calls on the magical city of Dubrovnik and safely and successfully repatriated nearly 3,000 Carnival team members. Not just our Croatian citizens and those of neighboring countries like Serbia, Montenegro and Bosnia that we connected home by bus, but we were also able to book commercial flights for hundreds of others trying to get home to dozens of European nations, as well as Indonesia and the Philippines. Carnival wants to acknowledge the many government agencies, private operators and local maritime partners that played such an important role in this mission. When Dubrovnik is ready, we can’t wait to get back to cruise operations to bring our ships, crew and wonderful guests to this beautiful city - said Christine Duffy, president of Carnival Cruise Line, as it is reported on their official website.

Most flights to Croatia announced from the markets of Germany, Benelux and France

Despite the global coronavirus pandemic, which still has a strong impact on international tourism trends, Croatia has additionally positioned itself as a safe and desirable tourist destination on the international market due to its excellent epidemiological situation.

This is confirmed by numerous announcements of airlines that will connect Croatian destinations with key emitting markets during the main summer months. According to information gathered by the Croatian National Tourist Board through its representative offices, most flights have been announced for the second half of June and early July for the airports of Split and Dubrovnik, as well as for Zadar, Pula, Zagreb and Rijeka. Most flights to Croatian destinations were announced from the markets of Germany, Benelux and France.

-Most tourist traffic in Croatia is realized through road traffic - through arrivals by car, which, with a share of about 75 percent, is the most common way to come to our country. However, in recent years, Croatia has positioned itself as an airline destination, and this is especially important in the current circumstances in which with our offer, safety, but also transport accessibility we have to fight for our share in the tourist market. ''Awakening'' of air traffic again will help Croatian destinations, especially Dubrovnik and Split, to be more accessible to many travel enthusiasts - said Croatian National Tourist Board Director Kristjan Stanicic.

According to the announcements, Ryanair, Luxairtours and easyJet will connect Zadar with the Benelux market, while Ryanair will also connect this Croatian destination with German destinations, including Stuttgart, Berlin, Düsseldorf, Karlsruhe and Cologne.

Also according to the announcements, Pula will be connected, among other things, with Ryanair, Luxairtours and easyJet flights to the Benelux market, and flights from Paris, Frankfurt, Düsseldorf and London have also been announced. Flights from the markets of Germany, Great Britain and Benelux have been announced for the airports of Rijeka and Zagreb.

Ministry of Tourism reminds that Croatia Airlines, in addition to the existing international routes from Zagreb to Frankfurt, Amsterdam, Copenhagen and Zurich, will also offer flights connecting the Croatian capital with Brussels, Munich, Sarajevo, London and Rome from 15th of June. From 16th of June there will be flights from Zagreb to Dublin, and from June 18th to Vienna. 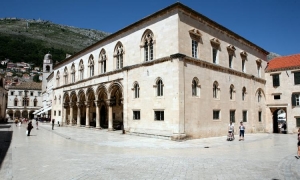 Saturday morning in Dubrovnik to be full of history and music

The Dubrovnik Symphony Orchestra and the Dubrovnik Museums will make this Saturday morning, June 6th, in and in front of the Rector's Palace, interesting for everyone who is in the city and for those who are eager for cultural events. The program prepared by these two institutions is intended for children and adults.

Dubrovnik museums for children in the lower grades of primary school from 10:45 to 12:15 organize a guidance and a workshop where they will learn about the life of princes, nobles and commoners in the Rector's Palace during the Dubrovnik Republic. The number of participants is limited to ten, and the leader of the educational workshops is the museum pedagogue trainee Bruno Bijadija.

During this time, from 11 am, all music lovers will be able to enjoy a concert by the Dubrovnik Symphony Orchestra String Chamber Ensemble under the artistic direction of violinist Mirabai Weismehl Rosenfeld in front of the Rector's Palace. The program includes works by J.S. Bach, G.F. Händel, L. Sorkocevic and E. Elgar. The concert is free.

This will be the first concert of Dubrovnik symphonists after a break of more than two months due to the coronavirus pandemic, during which they released a series of videos from home, online concerts and recordings of individual members of the orchestra, as well as the transition from virtual to real world. During June, several concerts of chamber and popular music are planned in the city.

Dubrovnik-Neretva County warns the public that short-term sea pollution has occurred on Prizba beach on Korcula with fecal waters.

According to the notification of the Public Health Institute of Dubrovnik-Neretva County from June 3rd, during the sea quality survey it was determined that the results of sea analysis for swimming on Prizba beach on Korcula, sampled on June 1st, exceed the limit values for microbiological indicators of interstitial enterococci and Escherichia coli.

In accordance with the Decree on the quality of the bathing sea, sampling of the sea will be repeated until the cessation of pollution. The pollution was reported to the Environmental Protection Inspectorate and other competent inspections.

Since the sea samples on the beach Prizba on Korčula, due to pollution of fecal origin, do not meet the health requirements, it is not recommended to swim there until further notice.