Latest News
German motorists in love with Croatia – second most sought after destination: According to the results of the annual s
Croatia passport opens the door to 170 visa-free countries: The index, released on Tuesday, based on
Coronavirus Croatia – 53 new cases of Covid-19 in Croatia – one fatality: Croatia has 53 new recorded cases of Cov
MMA star Alistair Cees Overeem enjoys a time out in Dubrovnik: First Rod Stewart and now a star of the
New York Times – Croatia on the list of open countries for Americans: The renowned American newspaper, whose w 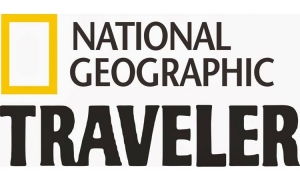 - Not to knock Dubrovnik, with its marble streets, 16th-century city walls, sparkling red roof tiles, and primo location—it more than earns its moniker of “Pearl of the Adriatic,” not to mention its UNESCO World Heritage status. But if you cross Croatia off your list after you’ve seen Dubrovnik, you’re missing out on a lot. Here are five other gems to discover – author explains.

According to National Geographic top 5 places in Croatia are – Hvar, Plitvice, Split, Zagreb and Zadar.

Hvar during the off-season for secluded beaches and charming squares, Plitvice in order to find beautiful lakes, caves, and waterfalls in this stunning UNESCO World Heritage site, Split for the buzz, Zagreb to see world-class museums, Austro-Hungarian architecture, and plenty of cafés in the capital and Zadar to discover Roman and Venetian ruins.
For more details visit the original article.

Culture Club Revelin is having a hot summer season! One of the most attractive clubbing destinations in Croatia has prepared something special for all the party animals out there – DU-EL Fest that starts tonight, July 18th and will last until July 22nd.

Opening night is reserved for world famous DJ Mahmut Orhan, who we had a chance to talk to. In his The Dubrovnik Times interview this young superstar discovered that he prepared something special for Dubrovnik.  Read it here.

Second day of the Festival Ferreck Dawn will play while the third day is reserved for the spectacular performance of Pete Tong, one of the most famous DJ’s in the world – just one of many big names that will shake the Revelin Fortress this summer.
Mike Vale is coming for the fourth day of the Festival, while Saturday is occupied by world famous actor and DJ Ebla&Doorly.

The choice is yours – party one night or five nights in a row. 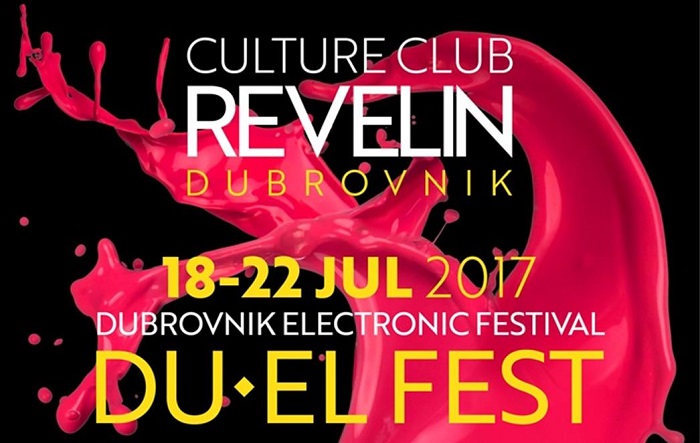 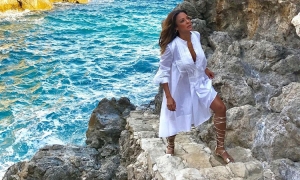 Actress Eva LaRue or as most of us know her – Det. Natalia Boa Vista from CSI Miami, recently spent couple of days in Dubrovnik and is still completely enchanted by her experience.  That it’s clear to see on her Facebook page, where she shared a short video from Dubrovnik. She is a big fan of Game of Thrones and used Season 7 Premiere as an occasion to let everyone know that she’s been to King’s Landing.

- Did you watch the Season 7 Premiere of Game of Thrones last night?! I'm a huge fan and while vacationing in Dubrovnik, Croatia a few weeks ago I was able to go on a Game of Thrones tour to visit the gorgeous city that serves as Kings Landing! (We even followed in Cersei Lannister's footsteps where they filmed the infamous "Walk of Atonement" scene!) – LaRue wrote.

If you want to know more about her trip across Croatia and her expressions about Dubrovnik don’t miss this interview – we were lucky enough to talk with her during her visit. 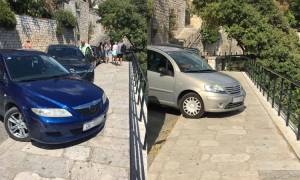 The summer crazy driving season in Dubrovnik continues. After a Polish coach driver decided to pull a U-Turn in the middle of a four-lane busy road this time it is parking madness.

A reader of The Dubrovnik Times and a local resident sent us these two photos of taken in exactly the same spot two hours apart. As she explained to us “I couldn't pass with my push chair and a baby,” as these two inconsiderate drivers had taken up most of the pavement with their poor parking. The two cars were “parked” above the busy Banje Beach and this pavement has a heavy footfall of pedestrians to and from the Old City.

Parking in Dubrovnik during the summer months can be a headache but that is no excuse for blocking pavements. According to an eyewitness the local tow away service had been called so these drivers could well find themselves on the wrong side of a hefty fine.

Sea quality in Dubrovnik-Neretva County stays excellent during the season

Out of a total of 116 beaches, the sea at 114 beaches was rated as a sea of excellent quality, while only on the beaches of  Drace, located at Janjina at peninsula Peljecas and Usce Ploce at Ploce sea was rated as sea of good quality.

More detailed information is available to the public on the website of the Ministry of Environmental Protection and Energy and the Public Health Institute of Dubrovnik-Neretva County. Therfore, at http://www.izor.hr/kakvoca/ or http://www.zzjzdnz.hr/ you can see quality grades displayed in coloured circular symbols, in blue (excellent), green (good), yellow (satisfying ) and red (unsatisfactory), as well as numerous accompanying information (for example - air and sea temperatures, salinity, wind direction). The results of the quality assurance must be entered into the database immediately after the completion of the analysis. 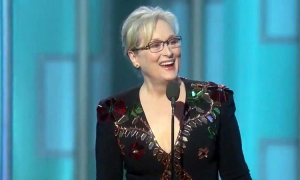 Mamma Mia – Meryl Streep to come to the island of Vis

Meryl Streep will come to the island of Vis in September – reports Jutarnji.hr and adds that the reason behind it is filming a sequel of the famous musical ‘’Mamma Mia’’ that goes by the name ‘’Mamma Mia: Here We Go Again’’. Filming is supposed to last until the middle of October.

Filming will take place on several locations and Vis will have a role of Greek island Kalokairi. The main cast for the movie sequel will stay the same - Meryl Streep, Pierce Brosnan, Colin Firth and Amanda Seyfried, but the director will now be Ol Parker.
It’s still not known where the main actress will stay – there has been a search for attractive villa, but the rumours say that if perfect accommodation is not found, there is also a chance that Streep will stay on luxurious yacht.

Over 700 members of the staff are expected on the island and it is said that many apartments are rented just for the occasion. There is also a casting call – from Tuesday to Friday extras can apply for the role in the musical on the island. Even though it’s not specifically said that that is a ‘’Mamma Mia’’ casting call, everybody knows it. All ages can apply, they are seeking for Mediterranean type of people and ladies are supposed to come with the minimum of make-up.

The sequel of this famous musical will hit the theatres ten years after the first part – July 20th 2018. First movie was a big hit and earned over 600 million dollars.

The whole filming experience is a great excitement for the locals, but they especially want to see famous Meryl Streep. This will be her second acting job in Croatia – in 1982 she filmed Sophie’s Choice in the Castle of Reiser in Samobor – and got an Oscar for that role! 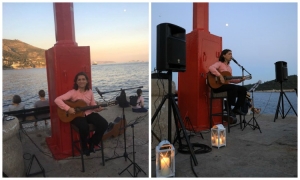 If you enjoy live music, you just can’t miss the newest event in Dubrovnik – live guitar evenings. They will take place at the perfect location: Porporela, every Tuesday from 9 to 11 pm, during July and August.

If you enjoy the sound of the sea, moonlight and live guitar music – this is the perfect event for you. The guitarist will be academic musician Pero Skobelj, who will perform world famous ballads and evergreens.

Live guitar evenings are organized by the Dubrovnik Tourist Board and will start from tomorrow, July 18th.

British tourists love the region of Zupa near Dubrovnik and are flocking in larger numbers than ever before. According to information just released by the Zupa Tourist Board the number of tourists from the UK holidaying in Zupa so far this year has increased by over 50 percent compared to the same period from 2016.

A total of 17,211 tourists holidayed in Zupa in June and achieved 73,647 overnight stays which is a 12 percent increase over June last year. And of the total number of guests in the Zupa region 3,358 were British tourists, meaning that almost 20 percent of all the guests in Zupa were from the UK.