Latest News
Croatia features on English “safe countries” travel list: England has published a full list of so-
Coronavirus Croatia – 96 new cases of Covid-19 in past 24 hours – four people on ventilator: In the past 24 hours there have been 96
France and Croatia to be well connected with flights: The beginning of July is marked with t
Instagram on fire: hot influencers promote the beauty of Dubrovnik: After having an amazing time on the isla
Air Serbia opens up flights to a range of Croatian destinations: Air Serbia, the national carrier of the 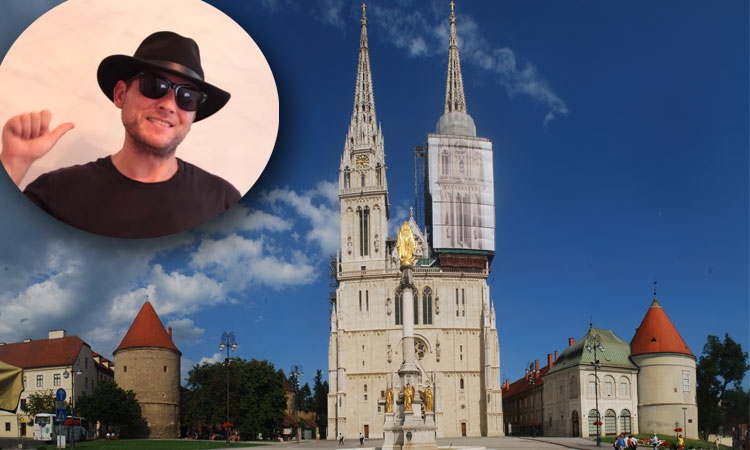 Base jumping from the top of the Zagreb Cathedral in the middle of the night, surrounded by tall buildings and hard pavements, you’ve either got to be brave or stupid, or maybe a combination of the two. But that is exactly what this young man did! He released a video of himself leaping into the Zagreb night sky and pretty soon it went viral with almost 80,000 hits in only a few days.

“I found a cathedral and went there at 4 in the morning,” comments the unnamed man in the video, possibly with an Australian accent. He adds that this base jump from the top of the tallest building in the Croatian capital was the first in a series of jumps from “buildings, cranes, antennas, cliffs.” He doesn’t use his name and tries to disguise himself in the video as presumably he will be climbing many of these objects illegally. As the Zagreb cathedral is currently undergoing repairs he managed to climb the scaffolding that is installed. Needless to say it took him much longer to get to the top than back down to terra firma.