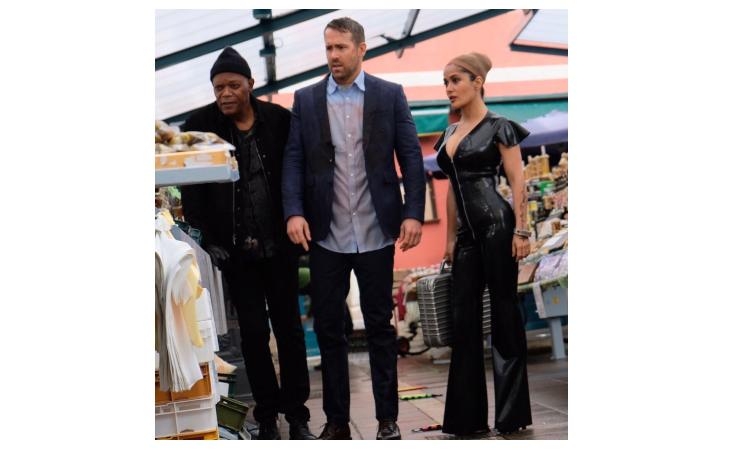 For a couple of days now the sequel of the succesful action movie from 2017 ''The Hitman's Bodyguard'' has been filming in Croatia, in the beautiful city of Rovinj, gathering some of the great the greatest Hollywood celebrities: Samuel L. Jackson, Salma Hayek and Ryan Reynolds. As it can seen on their social media platforms, it seems that they really enjoy Croatia!

That can especially be said for the lady of the group, Salma Hayek, who has been sharing photos non-stop, looking as beautiful as ever. The latest photo she shared was the one that everybody was waiting for: the whole group together!

-Grocery shopping #hitmansbodyguardstyle – says the caption of the photo, showing the three of them obviously on the set, since Reynolds looks smashed and Salma has pantyhose on her head. Samuel L. Jackson looks… Well, normal. In less than 24 hours, the photo has collected over 100 thousand likes and numerous comments.

This is surely a great promotion for Rovinj and Croatia in general! For those who don't know: The Hitman’s Bodyguard was a great success for Lionsgate, since their budget was 30 million dollars and they earned – 175 million. The sequel, which will be entitled The Hitman's Wife Bodyguard, is already attracting a lot of attention.

We can't wait to see what will these lovable celebrities share next!