Latest News
Almost a thousand Croatians repatriated since the beginning of COVID-19 outbreak: A total of 893 Croatians have been repat
VIDEO – Virtual coffee on the Stradun: Coronavirus lockdown might have stopped
Coronavirus Dubrovnik: Nine new cases in Dubrovnik as total rises to 59: According to the latest data in Dubrovni
Coronavirus Croatia: 1,126 confirmed cases in Croatia – 12 people have died: Since the 25th of February this year, wh
Croatian Police proud of citizen’s behaviour – photos show empty cities: The Croatian Ministry of the Interior ha 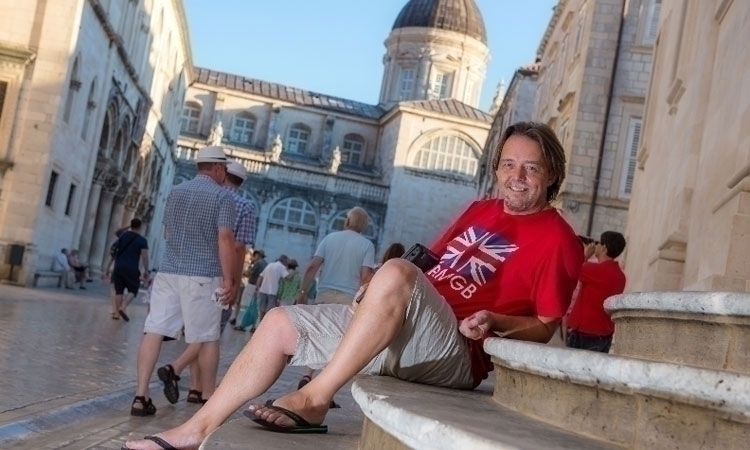 The mad things that Croatians do!

An online article caught my eye this week and brought back a lot of memories from my early years in Dubrovnik. Those initial years were a steep learning curve. Many things then were strange and quirky, however as time has passed the oddities have become somewhat normal practice. The article was published on a travel website called Royal Croatian Tours, written by Sarah Cosic, and entitled “25 Strange Things Croatians Do (And Would NEVER Do)!”

It was that very title that intrigued me. I asked the author if I could republish it and she agreed, and when it came online proved a massive hit. Habits, suspicions, behaviours and traditional remedies, the 25-point list contained them all.

There were of course the old favourites like avoiding draughts, because we all know that a strong draught will kill you. Then eating soup with every meal, but never just one its own (as I am used to). And of course it praised the magical medicinal properties of rakija, with the line “Fever? Soak a cloth in rakija and put it on your hands and feet. Got a cut? Rakija will disinfect. Sore throat? Drink it, it will kill the bacteria.” Made me wonder if any of the scientists currently looking for a cure for coronavirus have tried a bottle of homemade rakija.

But there were also a few that I had forgotten, or rather have become acclimatised to. Although the list missed one thing that to this day still amuses me, eating or rather drinking yogurt with sandwiches and burek. WTF!

So here is a selection of the rest of the list. At number one was - You do not sit directly on concrete. There must be a thin layer of something, anything, to separate your bottom from any concrete surface below when you sit down. - At number nine was - They almost all use toothpicks after a meaty meal. Everyone from teenagers to newlyweds on their honeymoon, to the 80+ crowd, they all use them! I’ve never experienced so many people using toothpicks in my life. -

And at number eleven was - You NEVER go outside immediately after you’ve washed your hair, even if you’ve blow dried it. I don’t know the exact number of hours you should wait, but there’s a rule about freshly washed hair and going outside, which could lead to a cough, cold or organ failure. - This one made me chuckle (as my wife is a hairdresser) as I tend to dry my hair by sticking out of my car window whilst driving to work.

And at number twenty was - You don’t put your purse on the ground. Putting your purse on the ground means you won’t have any money. If you’re out at a cafe, keep it on the chair next to you, or in your lap, or on the table, or hang it somewhere, anywhere but the ground! – I must admit that I haven’t heard of this superstition outside of Croatia, (and clearly my wife must have had her bag on the ground all the time!).

And number 23 really made me laugh - Need to send a package to someone else in Croatia? Maybe you’re trying to send a whole lamb or a pig, because why not? Use the bus! Just bring your parcel (a box, bag or animal ready to be roasted) to the bus station, find the bus that’s going to the city you want your package to be delivered, then slip the driver a little cash, and voila! – Oh, how many times have I waited in the middle of the night at the Dubrovnik bus station to pick up a box from a Zagreb bus.

And finally at number 25 another favourite - The best olive oil comes in used Coke bottles. Most Croatians have their own source of olive oil (a family member, a friend, or a friend of a friend who produce their own fresh from the grove, somewhere near the coast). It’s usually poured and delivered in used Coke or Fanta bottles, and it’s the best, purest, most delicious oil you’ll ever try! – True, absolutely the best olive oil I’ve ever tried has been in a Fanta (or Cola) bottle. I maybe would have added another few items on the list, such as solving a stomach upset with Coca Cola and corn sticks and not sitting an unmarried female on the corner of a table at a meal as she’ll never get married.

I could go on and on. And I’ll leave the last word to the actual author “so if you find yourself in Croatia with wet hair, barefeet, exposed kidneys, sitting near the air conditioner without a cushion under your bottom, you’ll really stand out as a foreigner!”

Coronavirus will come and go but the damage has been done already When we have a common enemy we draw together, but without we are our own worst enemy
back to top