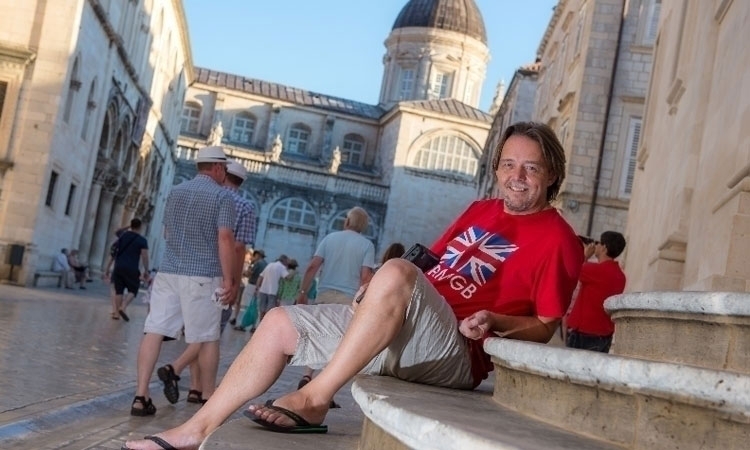 It’s the middle of August already and I still haven’t been for a swim. I am already hearing the traditional, and annual comments, of “another month and the season is over.” More wishful thinking than reality as the season seems to get longer and longer every year, and my favourite month, September, is one of the best in terms of tourism.

And as August and the summer heat move on I am moving into my fourth month of not watching television. Yes, I haven’t watched a second of TV over the past four months, and do I miss it, absolutely not. How many times have you lounged on the couch flicking through the hundreds of stations and muttering to yourself “there’s nothing goof on here,” and then you accidentally fall into a program that is not as boring as the rest and spend an hour glued to watching a documentary on World War II.

It is more of a habit than a necessity. A habit that consumes valuable time. Just to make things a little clearer, I haven’t watched TV for almost four months because I literally don’t have a TV set in my “summer residence.” Like half of the city I move out to make way for tourists and although we brought a TV set to the new summer domain we haven’t even bothered to plug it in. It is still on top of a wardrobe somewhere. Does this mean that I will have to pay HRT for my license? Probably and unfortunately yes.

And it appears from a recent survey that I am not alone, soon we will be all watching streaming programs and shows online. When people in the UK were asked how much news they watch on TV every week the results gave us a glimpse into the future, and probably answered the question why Jeff Bezos is the richest man in the world. People aged over 60 watched at least 3 and a half hours of news a week, whilst at the other end of the scale, viewers under 20 watched less than 3 minutes a week! A sign of things to come.

I can see this switch with the younger people around me. My young nephew doesn’t even own a TV! And all of the others are glued to their mobiles watching YouTube. And when quizzed why they only watched 3 minutes of news on TV the vast majority gave the same answer “we watch online.” We are living in an on-demand society. Where viewers are basically demanding when and where they will consume news, and pretty much all other broadcasts. I myself am the same. I can’t remember the last time I followed serial on TV. Download or stream the whole season of the serial and then watch when I want.

And who is Jeff Bezos and why is he rubbing his hands in glee, because he is the owner of Amazon and worth an estimated $114 billion. He is even richer than Bill Gates, who pretty much invented the platform that Bezos uses.

Interestingly one “old school” media form seems still to be resilient to modern times, the radio. Roughly the same amount of teenagers and pensioners in the survey said that they listened to the radio every day. Whereas online media is slowly but surely hammering the last nails into the coffin on the print media the radio listeners are remaining constant, in fact slightly growing. Again this is another form of media that I love, just as long as I don’t have to listen to music. Yes, playing music on the radio for me is a waste of the airwaves. Engaging debate, comedies, drama and even sport somehow comes to life on the radio.

It might seem odd, but having to paint a picture in my head of the events gives me a bigger and much more colourful image. It is rather like reading a book compared to watching a film of that same book. Whilst millions were spent on bringing Tolkien or even George R.R Martin to the big screen their printed words have much more power and depth.

“To laugh often and much; to win the respect of intelligent people and the affection of children; to earn the appreciation of honest critics and endure the betrayal of false friends; to appreciate beauty; to find the best in others; to leave the world a bit better, whether by a healthy child, a garden patch, or a redeemed social condition; to know even one life has breathed easier because you have lived. This is to have succeeded,” this is a poem by Ralph Waldo Emerson that Bezos has on his fridge door to motivate him. I would say it’s doing a pretty damn good job.