Latest News
Second Advent candle lit in Dubrovnik last night: The second candle on the Advent wreath i
Sport and politics have hit head on in the desert of Qatar: Money talks. Always has and probably alw
Croatia on course to join OECD in three to seven years: Croatia could join the Organization for
Would Luka Modric be afraid of a little rain in Croatia?: If I had a son, one hundred percent, I w
Why More People Are Using Private Airport Transportation: Increasingly, people are turning to priv 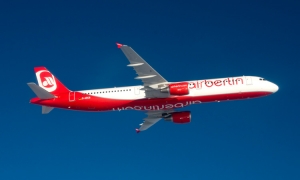 Another international airline has announced more flights to Croatia, and Dubrovnik, for this summer season. Air Berlin has drastically increased the number of flights to Croatia for 2016. The second largest airline in Germany will fly to Dubrovnik, Zadar, Rijeka, Pula and Split throughout the summer of 2016.

In 2015 Air Berlin had around 6,000 seats on sale for Croatia destinations, this year that number has increase to a massive 92,000 seats. Dubrovnik will be served with flights from Dusseldorf and Berlin, with flights starting on the 13th of May and landing once a week, every Saturday.

Air Berlin commented in a press release that “Increasing numbers of tourists are discovering Croatia as a holiday destination. The country on the Adriatic coast boasts a number of UNESCO World Heritage Sites, including the Old Town of Dubrovnik.”
Flights are already available to purchase on Air Berlin’s website. 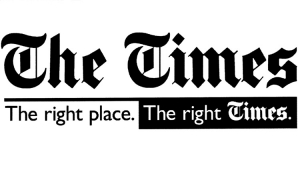 The Times goes cruising in the Adriatic

Dubrovnik has once again found itself in the centre of the world media. One of the most popular newspapers in the UK “The Times” has featured a full-page article on cruising in the Adriatic Sea. The weekend issue of The Times has a circulation of around 300,000 copies, more fantastic advertising in one of the city’s most important markets.

The article entitled “Small, friendly and laid-back, welcome to the boutique Adriatic cruise,” highlights Dubrovnik and the island of Korcula as well as other Croatian Adriatic destinations. 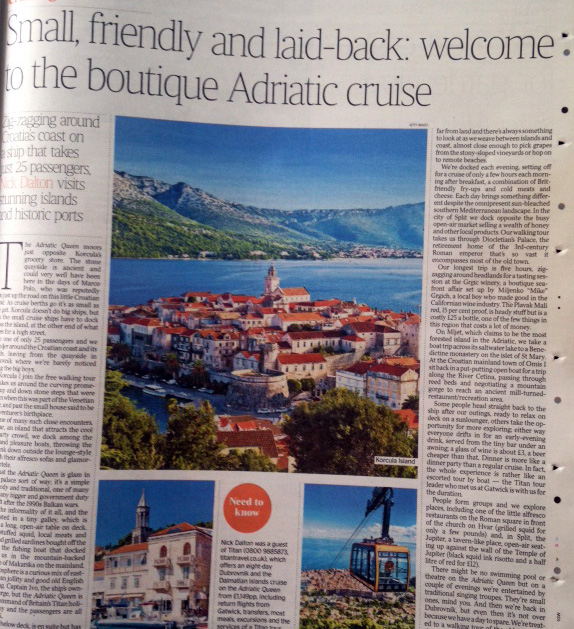 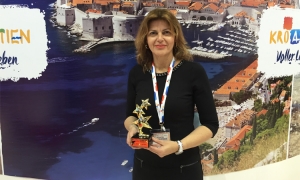 The latest Dubrovnik promotional video has been awarded at the ITB Tourism fair in Berlin with a silver medal. The new video, which was commissioned by the Dubrovnik Tourist Board, was recorded in 2015 and the Zagreb based “Balducci Films,” produced the video.

The director of the Dubrovnik Tourist Board, Romana Vlasic, picked up the second place award for the video at the fair in Berlin, one of the most important travel exhibitions in Europe. This new promotional film for Dubrovnik found itself in strong competition for the award, a total of 1,500 films from forty countries were entered into the competition.

Check out this latest stunning promotional video of Dubrovnik

Star Wars VIII is in full swing in Dubrovnik and The Dubrovnik Times have got our hands on an exclusive video of a behind the scenes action scene from the movie.

This video was sent to us by Courtney Gacek an American tourist who presumably stumbled onto the filming of a stunt scene in the historic old city of Dubrovnik. Her reaction at the end of the video, “oh, my God!” shows her surprise at walking onto the set.

Star Wars VIII started filming on the 9th of March in Dubrovnik, with the first two days being set ups and rehearsals, and will continue until the 16th of March. The leading actors arrived in Dubrovnik yesterday and Mark Hamill, who plays Luke Skywalker, was spotted filming on a well-known Dubrovnik beach.

It is rumored that Daisy Ridley, who plays Rey, will not be coming to Dubrovnik however her “body double” has arrived in Dubrovnik and she might well be filming the shoots from this video in the Star Wars VIII.

For the first time ever a match of Australian Rules Football will be played in Dubrovnik! As part of the “Trece Uho” festival a game of Australian Rules Football will be played on Saturday the 12th of March at 2pm on the football field in Kupari. When the Ploče Eagles and the Barbarians run out onto the pitch in Kupari at 2pm this year’s festival will officially open.

Every year the“Trece Uho” festival highlights the traditions, cultures, art and diversities of a different country, and this year is the time for Australia. “The history of this young, successful and multicultural country can bring us wisdom from which we want to learn,” commented the organisers of the festival.

The main events will be held in November this year, however in an attempt to spread the whole project throughout the year other events, such as the Australian Rules Football game, will also be held.

This Saturday will be a unique opportunity to see a sport that has never been played in Dubrovnik. The game starts at 2pm and entrance is free of charge. You will also have a chance to hang out with the players after the game, and maybe try it for yourselves. 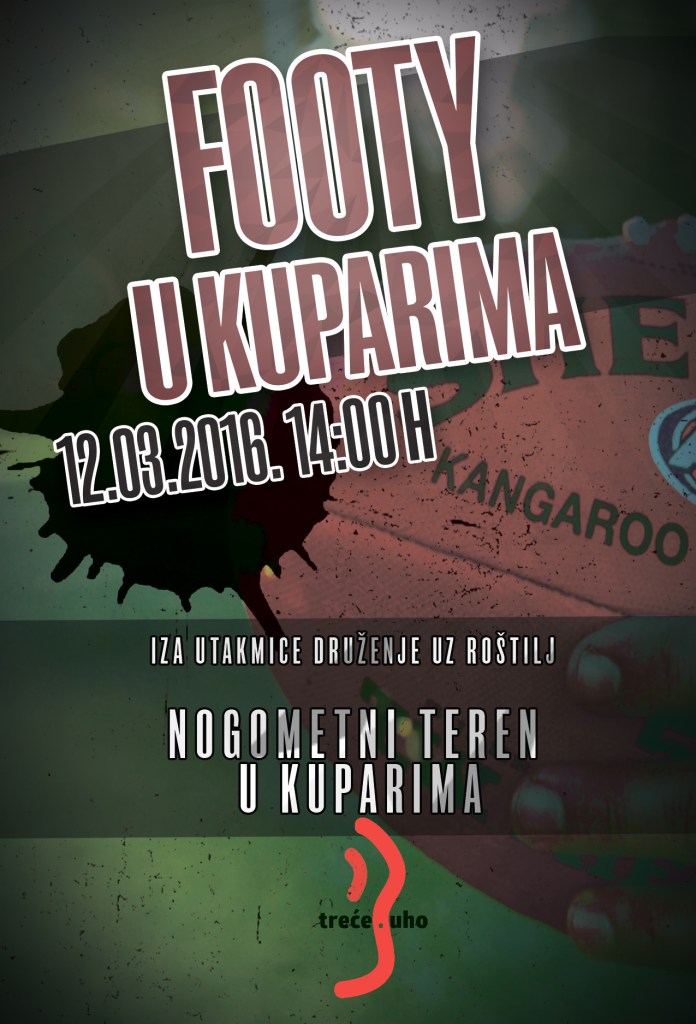 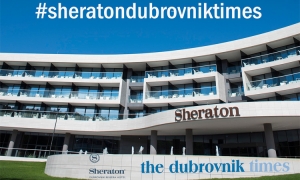 Easter at the Sheraton Dubrovnik Riviera

“Sweet Afternoon at the Sheraton Dubrovnik”

Spend an afternoon in the Sheraton Dubrovnik with warm beverages and a variety of specially desserts and cakes. Enjoy an afternoon in five-star luxury with a loved one and let your taste buds explore our sweet surprises. This prize is valid for two people.

To enter this competition all you need to do is send in your photos of either Dubrovnik or the Sheraton Dubrovnik Riviera, the best one wins! You can add your photos to any of The Dubrovnik Times social media accounts, Facebook, Twitter or Instagram. Just don’t forget to tag them with #sheratondubrovniktimes the winner will be announced on the 16th of March.

Competition is open from midday Friday 11th of March and closes at midnight Tuesday 15th of March 2016. 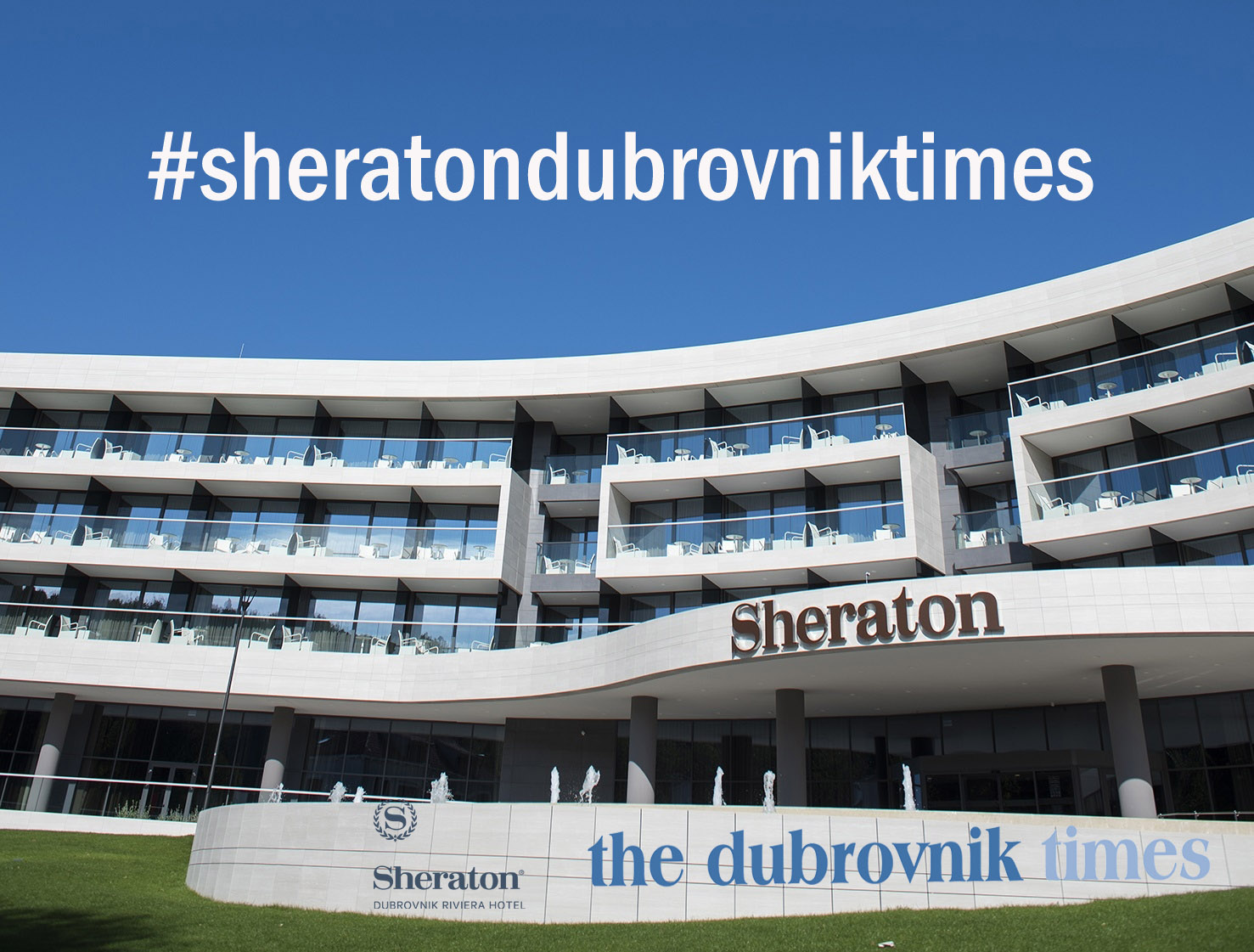 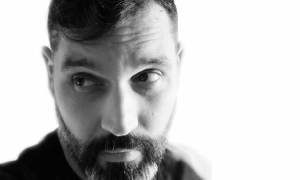 The Restless Native - Dubrovnik is much more than just Star Wars

Lately, the entire city has been going crazy over the filming of the latest Star Wars movie on our streets. Ever since the initial announcement, the wave of media hype has been building up and the peak of it is going over our heads just about now. I don't mind. I love Star Wars, and I love it when we're in the spotlight. Most of us locals do.

Of course, not everyone is happy with another foreign production making a film here. Ever since HBO's Game of Thrones became such a big deal and Dubrovnik's role in it so important, there has been an explosion of interest in the city from people who otherwise might not even have heard of it. While this is a positive thing for a city oriented towards tourism and hospitality, it has certainly generated plenty of themed attractions tied to the TV show, some people fear we might end up being known solely for the roles the city gets in big film productions.

I find those fears silly. To truly believe our fair city will be reduced to an extra in a Hollywood movie is nothing short of an insult. With all the centuries behind it and the repeated global recognition gained over and over again, who can upstage Dubrovnik? Dubrovnik IS the stage. It was a perfect stage to showcase what can be achieved by developing your own community instead of trying to take over others, all those years ago. It was a great stage for showing the world how through diplomacy, common sense, and positive business endeavours, a society can prosper more than through fighting and conquest. Today, it's a stage for showing the world how great achievements have a lasting appeal, and how all the technological advances of the world cannot compete with truly classic values of moderation and measure.

When the filming is completed, the sets will go down in just a day or two, leaving the exposed stone cobbled streets that have stood the test of time so well that people will travel the world just to see them. So, I say, let the actors in. We have nothing to fear.

Bozidar Jukic is a Dubrovnik local with too many interests to name them all, with writing being at the very top of the list. He is a lover of good food, music and film, and a firm believer in the healing power of laughter. His professional orientation is towards tourism and travel so it comes as no surprise he spends most of his time alongside Mrs. Jukic running their own local tour company. Their goal is helping travellers from all over the world get a more intimate experience of Dubrovnik and what it has to offer. To find out more about their work, visit their website or Facebook page.
www.insiderholidays.eu
www.facebook.com/insiderholidays

Star Wars moves to the Adriatic

The filming of Star Wars VIII is dominating the news in Dubrovnik and as filming has just begun, although mainly rehearsals, the pace of news is coming thick and fast. Today, the second day of filming, saw the crew moving out onto the Adriatic Sea as the Sea Star event boat was used as a filming platform.

The ship sailed out of the Old City harbour in the afternoon and sailed around the city walls. It is believed that the crew were gathering footage of the outside of the city and the walls were illuminated for the filming. Nothing was left to chance and the ship was escorted by maritime police as well as a team of divers.

It is rumoured that the main actors, as well as the producer, will arrive in Dubrovnik tomorrow. 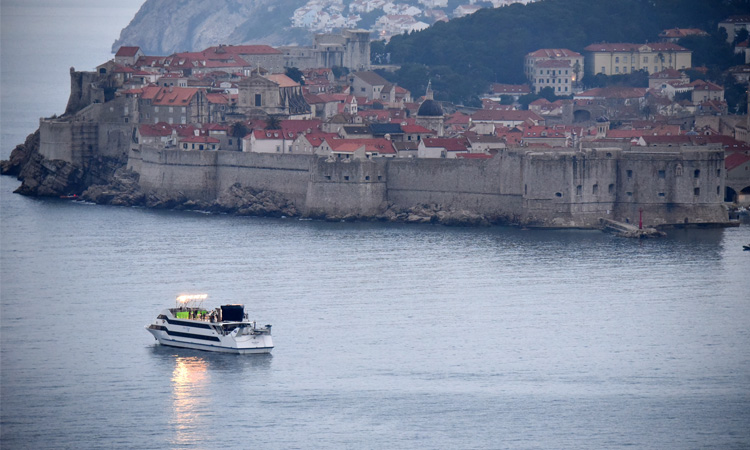 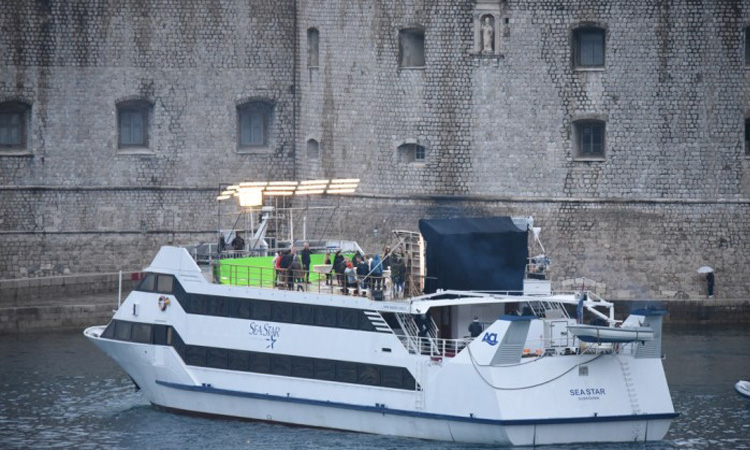