Latest News
Croatian city finds itself on CNN list of Europe's most beautiful towns: A Croatian city has found itself on a CN
New prices at Croatian petrol stations: At petrol stations in Croatia, a litre o
Tourism in Korčula at 2019 levels: During the past seven months of this yea
Amelia Island-sea Island with a natural harbor: There are a few islands in Florida that
Texas Hold'em Poker: Step-by-Step Guide for British Newbies to Learn: For a long time, Poker has been one of t

6 Must-See Places If You're Vacationing In Turkey This Summer

Turkey is an amazing country with a lot of fascinating places to visit. From the pristine beaches of the Black Sea in the north, the Marmara Sea in the northwest, the Aegean Sea in the west, and the Levantine Sea in the south, to breathtaking mountain ranges and vibrant cities that spark the Turkish energy, to one-of-a-kind cuisine, and amazing and friendly people, this country is a must-see for any tourist looking for an unforgettable vacation. To that aim, we'll introduce you to some of the top sites you should consider adding to your summer vacation itinerary if you decide to visit this country. 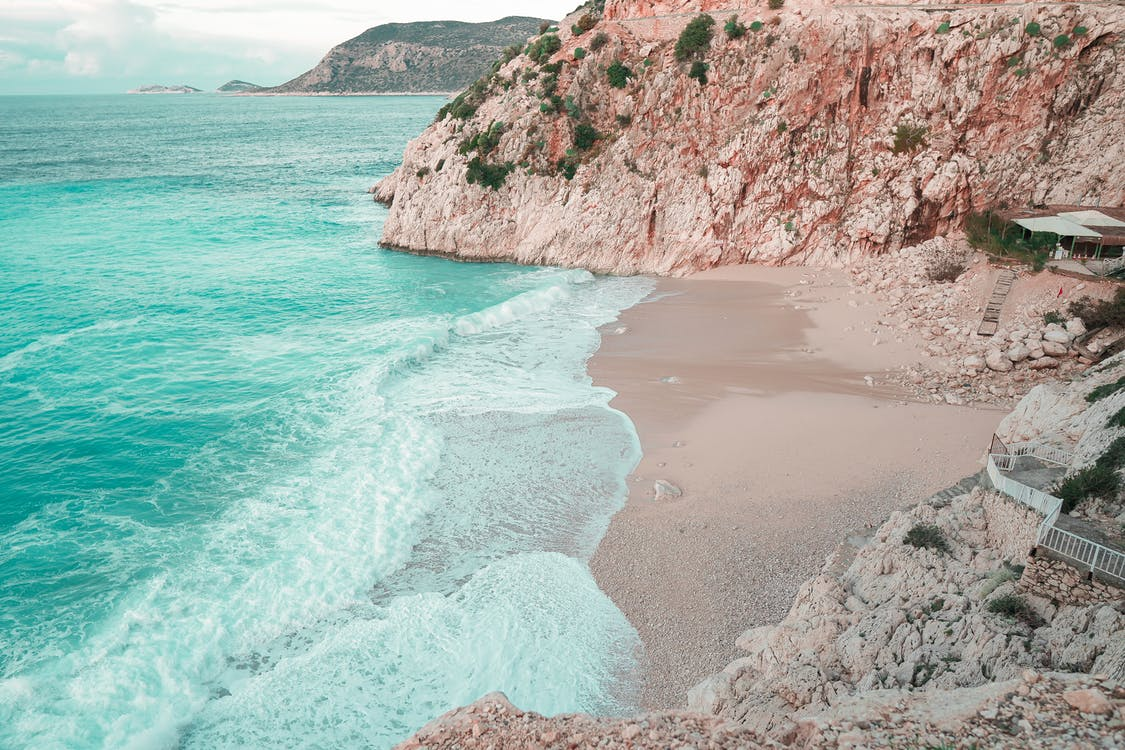 Antalya is a one-of-a-kind summer holiday destination for a variety of reasons. Antalya's hotels and resorts seldom disappoint, from mountain retreats to beachfront properties. There are several excellent lodging alternatives available at moderate prices. The earlier you book, the better, because this town is quite popular during the summer season. Furthermore, Antalya's beaches range from packed and thrilling to isolated and entrenched in nature. Stay at one of the luxury resorts or a more quiet hotel with access to a sparsely populated beach, depending on your tastes.

Also, Antalya's ancient town is a must-see when visiting. While there are many gates through which you can enter Antalya Old Town, we strongly recommend the Hadrian Castle Gate, which was built in 130 AD. A Kesik Minare Cami (Broken Minaret Mosque) may also be discovered nearby. This mosque began as a Roman worship site, then became a church, and finally, when the Ottomans arrived, it became a mosque. The minaret seems to be fractured as a result of the object's deterioration through time, which included fire, earthquake, and devastation. Nonetheless, it proudly stands as one of the city's gems, witnessing the city's rich history.

Gaziantep, merely a 90-minute flight from Istanbul, is a Turkish gastronomical hotspot with a distinct spirit. This is also the city where you can discover a coffee produced from wild pistachios that will blow your mind! When it comes to pistachios, Gaziantep may be considered the capital of this dish, since it produces 100,000 tons of them each year, and pistachios are also the major ingredient in the well-known baklava. This city has over 180 establishments that produce this delectable dessert.

When it comes to specific places to visit, the Mosaic Museum is likely to be the furthest destination you'll see while in Gaziantep, but it is the main tourist draw in this region of Turkey. If you're feeling daring, you can go there via cab or bus. In addition, the Toy Museum exhibits over 600 handcrafted toys spanning from 1700 to 2000, as well as many more, such as toys based on cartoon characters and doll homes. This is located smack in the heart of the city! 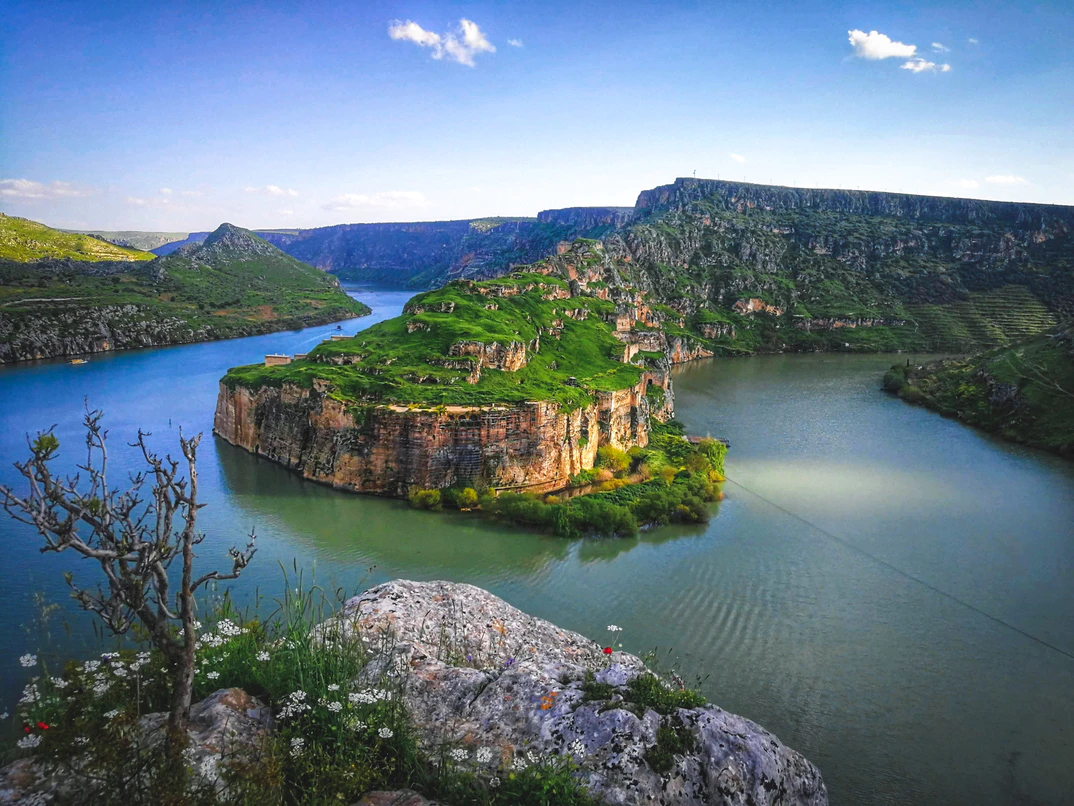 You've probably heard of Izmir, one of Turkey's most popular tourist destinations. However, there is much more to discover nearby, and Cesme is undoubtedly on the list. This little hamlet on Turkey's westernmost tip has a lot to offer travelers and is a summer delight. Alaçati, a lovely Aegean village just a short drive from Cesme, is quickly becoming Turkey's most stylish Aegean resort. You may stroll through beautiful downtown streets filled with chic boutique shops and terrific local restaurants. However, it manages to keep its village charm and modesty while simultaneously having that distinct and undeniably charming appearance.

For good reason, the seas of Cesme and Alaçati are recognized as a windsurfer's dream.  Windsurfing and kitesurfing are appealing hobby sports due to the magnificent Aegean Sea and the consistent, steady wind present in the area.

Canakkale is a dream location for anybody interested in history, but even if you're not the world's biggest history enthusiast, a trip to this gorgeous town can't go wrong. You've probably heard about the ancient city of Troy. What you may not know is that Troy was a real city and that it is now the location of a large archaeological dig in Turkey's Canakkale region. Canakkale offers everything a Mediterranean vacationer might wish for. It would be a mistake to overlook the region's famed historical landmarks, but you can also unwind on beautiful beaches, swim in sparkling blue waters, and eat world-class local cuisine.

Edirne is one of Turkey's most well-known cities. It was the empire's capital before the Ottomans conquered Istanbul. One of its most famous landmarks is, of course, the Selimiye Mosque, which was also designed by the renowned architect Sinan. There are several notable places in the city that you may visit to experience the essence of the Ottoman Empire.

Bursa is a good spot to visit if you enjoy nature; it is rich in both mountains and the sea. This treasure has much more to offer than its natural beauty. It is generally known that the Greek and Byzantine empires left several traces in this city that may still be observed today. This city is fantastic since it is far less congested than places like Istanbul.

Every sort of traveler may find a spot in Turkey. It is rich in culture, history, and delectable cuisine. Hopefully, we were able to properly display some of Turkey's treasures.

Why should you play at Canadian online casinos? Our Top 5 Best Canadian Online Casinos for Your Next Enjoyable Online Slot Experience
back to top