Latest News
Coronavirus Dubrovnik: Two new confirmed cases – 64 COVID-19 cases in Dubrovnik – Neretva County: According to the latest data in Dubrovni
Solo Travel Tips For Croatia: Croatia is a beautiful place to visit on
Coronavirus Croatia: 1,222 people infected with COVID-19 – 40 new cases: Over the past 24 hours a further 40 peop
Week on the Dubrovnik roads – six traffic accidents and under 100 traffic offenses: In the past week in the area of Police A
The fire bursts on the island of Korcula: The fire started yesterday morning at th

How are Dubrovnik, cricket and Russell Crowe all connected

Dubrovnik, Russell Crowe and Cricket - how are they all connected

What is the connection between Dubrovnik, Napoleon, Russell Crowe and the grand old English sport of cricket? I can almost hear you scratching your heads and calling me mad but there is a link, however tenuous. The thread that connects all these pieces together is Sir William Hoste.

Born in 1780 in King’s Lynn in Norfolk, England, Hoste was a protégé of the great Admiral Lord Nelson. He actually attended the same school as Nelson and was born to follow in the great man’s footsteps. As early as the age 12 Hoste was at sea which coincided with the outbreak of war with France in 1793. After a stunningly successful early career Hoste was given the command of HMS Amphion in 1805 under Nelson and was sent to patrol the Adriatic Sea. His mission was basically to disrupt enemy movements and harass Napoleon’s fleet and coastal defences. Under his ingenious command HMS Amphion had managed to sink or capture around 200 enemy ships in the Adriatic Sea by the end of 1809.

His superiors were so impressed with his endeavours that he was sent reinforcements in the form of three extra frigates, HMS Volage, HMS Active and HMS Cerberus. Now with his slightly larger “mini” fleet he set up base on the island of Vis on the Croatian coastline near the island of Hvar. Hoste continued to wreck havoc on shipping lanes in the region and in April and March of 1810 managed to sink or destroy 46 enemy vessels. During his time on Vis Hoste and his crew would relax and what better way to relax than with a game of cricket. “We have established a cricket club at this wretched place, and when we do get anchored for a few hours, it passes away an hour very well”, commented Hoste during his six-year posting on Vis.

There are some doubts as to whether Hoste actually played the game himself on Vis but he certainly gave his blessing to the sport that his fellow Englishmen loved. To this day cricket is still played on Vis and “The William Hoste Cricket Club” has recently played a friendly against the MCC. Hoste’s cricket legacy is living, breathing and thriving with a mix of ex-pats and Croatians involved in the club. 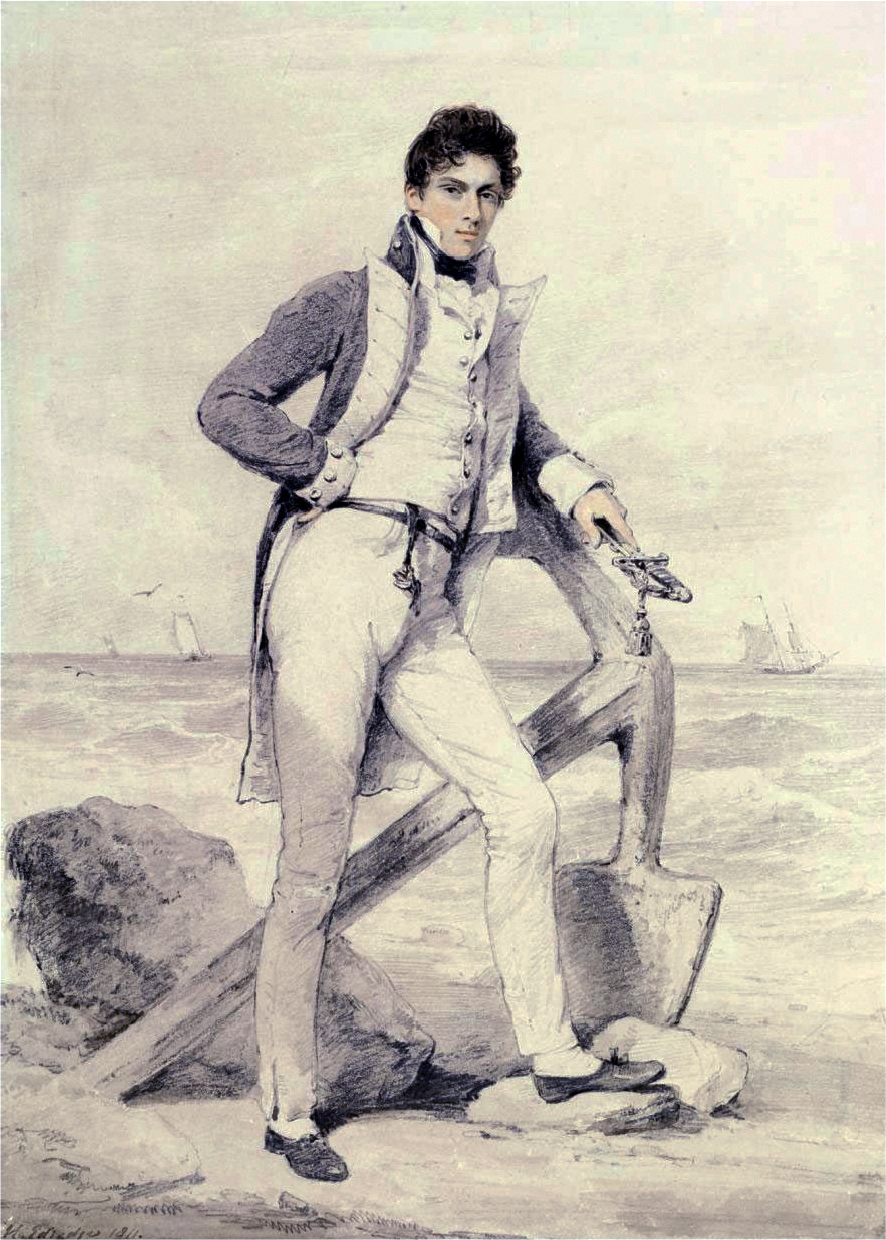 The Battle of Lissa

The French were so annoyed with Hoste’s success that they sent a large fleet to the island of Vis, or Lissa as it was known then, to destroy the cocky English captain. A total of seven frigates and four warships attacked Hoste’s fleet on the 13th of March 1811 in what became known as The Battle of Lissa. To rally his men and raise morale Hoste turned to his mentor and famously shouted “Remember Nelson.” The golden boy of the English fleet used all his experience and in a bloody battle destroyed the French fleet with the loss of only 50 men. In honour of the great victory the islanders of Vis named an island after the English sea captain.

And so today as you sail into the main Vis harbour you’ll sail past Host Island, obviously the locals dropped an E somewhere. In an interesting twist of fate the only building ever built on Host Island was a lighthouse, to keep sailors safe on the sea. That same lighthouse has now been converted into tourist accommodation and many English tourists stay on Host Island.

During the French attack in the Battle of Vis Hoste’s own frigate HMS Amphion was so badly damaged that he was forced to return to England. However this was not the end of Hoste in the Adriatic Sea, he was soon sailing back in the command of HMS Bacchante in 1812. And in 1814 Hoste attacked the French garrison in the Imperial Fortress above Dubrovnik (then Ragusa) on the Srđ Mountain. He had already previously successfully defeated French forces in Kotor in Montenegro and used a similar tactic to defeat Napoleon’s troops in Dubrovnik. Allegedly he hauled the ship’s cannons to the top of Srđ and fired on them, with the French complaining that his tactics were unsportsmanlike. Soon after this victory British and Austrian forces controlled the Imperial Fortress.

More airlines, extended season and new terminal Top 10 Reasons to Get Married in Dubrovnik
back to top