Ivana Smilović – a senior journalist at The Dubrovnik Times. Born and raised in Dubrovnik, Ivana (or Smile as she is known to all) graduated Media Studies from the University of Dubrovnik. A book worm, coffee addict and want-to-be world traveller Ivana brings her unique local insight, connections and general optimistic and well smiley feel to the Times. 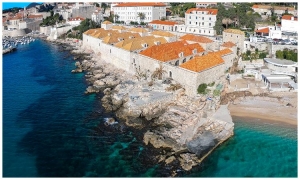 Fair will be held in Lazareti on the occasion of the Festivity of Saint Blaise and it will last from Friday, January 31st until Tuesday, February 4th.

This fair is organized by Dubrovacka bastina d.o.o., as a company of the City of Dubrovnik, all throug the commercial part of the offer.

The fair is organized on the Lazaret plateau. It has not been held there for around ten years, but with the new management of this valuable complex, the City decided to return the tradition to where it began.

The stands will be held by companies who have been presenting their offer at the fair during the Festivity in the recent past. The range will also be more than diverse - shoes, clothing, forged and wooden items, jewelry, toys, sweets, flowers, domestic products and more.

Dubrovnik-Neretva County Perfect Nikola Dobraslovic attended the celebration of the Festivity of Saint Blaise in Brussels. This special event is organized for the seventh time by the Representative Office of the Dubrovnik-Neretva County, in cooperation with the Branch of the Croatian Nation in Brussels and the Representation of the Croatian National Tourist Board.

This year's celebration began on Sunday, January 26th with a Holy Mass at the Croatian Catholic Mission in Belgium, while the inauguration was held in front of Saint Michael and Saint Gudula Cathedral. The opening began with a reading of the Festivity proclamation of this year's festanjuli Andrija Dominkovic and Lucija Kovacic and the release of pigeons as a symbol of freedom. After the inauguration, a traditional religious rite of blessing of the throat was held in the cathedral chapel.

The celebration of the Festivity of Saint Blaise in Brussels continued with a dinner of Kandelora at a Croatian restaurant in Brussels where participants had the opportunity to enjoy traditional Dubrovnik specialties.

For the seventh year in a row, the Representative Office of the Dubrovnik-Neretva County has been participating in the organization of Festivity of Saint Blaise in Brussels, in order to preserve and transmit the tradition and customs of Festivity, which is on the UNESCO list of Intangible World Heritage, as well as gathering of Dubrovnik and their guests, but also the possibility of connecting and international cooperation with European regions and cities that also worship Saint Blaise. 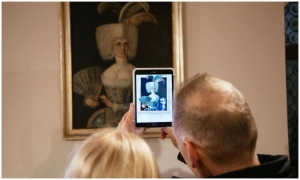 Museum Night to be held all over Croatia on Friday

The 15th Museum Night in a row will be held in 2020, an event that began in 2005 with several Zagreb museums, which over the past few years has grown into the most significant event in Croatian museums.

The Museum Night will be held on Friday, January 31st, starting at 6 pm until one in the morning.

- Let’s use the 15th Museum night to confirm that Croatian museums have the knowledge, power, potential and the audience that loves them - the organizers said.

By January 8th, more than 200 participants had applied for the program. As for Dubrovnik, Dubrovnik's public cultural institutions - the Dubrovnik Museums, the Marin Drzic House, the Natural History Museum, the Art Gallery and, since last year, the State Archives in Sponza, also take part in the Museum night.

The Museum of Love Stories, in Pile, will participate in this event for the first time.

Enjoy your Friday night out at museums!

Dubrovnik in Madrid: Respect the City project presented at the FITUR Fair

The FITUR International Tourism Fair, which celebrates the 40th anniversary, takes place from 22nd to 26th of January in Madrid, in the Fiera de Madrid showroom. Deputy Mayor Jelka Tepsic participated in the discussion of the FiturTechY program on "Transformation of the Tourism Model: Sustainable Development Goals" at the fair. One of the panel discussions was devoted to the topic of Cruise Tourism and Destination Management.

The keynote discussion at FiturTechY was on destination management strategies, and Deputy Tepsic presented the Respect the City project and measures within the program that have changed destination management and achieved sustainable tourism, in cooperation with numerous partners, primarily by the international association of cruise societies CLIA. She also presented a project for measuring the sustainability of a destination, which is being implemented for Dubrovnik by the Global Council for Sustainable Tourism, in accordance with United Nations criteria, and the results will be the basis for further action in sustainable tourism measures.

During the fair, Deputy Tepsic met with Tourism Minister Gary Cappelli and Croatian Tourist Board Director Kristijan Stanicic and held a working meeting with representatives of Jet2.com, who expressed interest in the details of the Respect the City project. 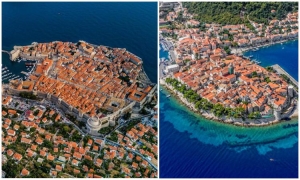 Vogue Australia has recently published a list of 37 of the most beautiful cities in Europe and we are proud to say that Korcula and Dubrovnik found their places on the list!

Korcula is placed highly on the list, on the third place out of 37 cities included, while Dubrovnik is 35th. The authors didn't include any describtion about the cities, leaving the photos speaking for themselves.

-Incredible towns that'll draw you in and make you never want to leave – Vouge Australia states in the intro and when we see their Croatian choice, it's hard not to agree.

Dinant, Belgium is on the first place, followed by Ronda, Spain. If you are writing your travel bucket list, you can check the full list by Vouge Australia here – but we would advise you to stick with Korcula and Dubrovnik! What more does a traveler need?

Festa 2020 starts today with the Festival of Vocal Groups

The 19th annual charity event Festa 2020 Dubrovnik, organised in honor of Saint Blaise and the Day of the City of Dubrovnik, will begin with the traditional Festival of Vocal Groups today, on Thursday, January 23rd at the Marin Drzic Theatre at 8 pm.

The Festival of Vocal Groups includes well-known groups: Amfora, Cavtajke, FA Lindo, Kase, Kolafjaka, Kurenat, Subrenum, alongside with the Dubrovnik Symphony Orchestra quartet and theatre company Kolarin. Good atmosphere, as well as singing, will continue after the concert with delicacies by the Agroturism Konavle.

Tickets for the concert can be purchased at the theatre box office. As we mentioned, Festa is a charity event, and all the collected money will go to the restoration of the Church of Saint Blaise and League against cancer Dubrovnik. 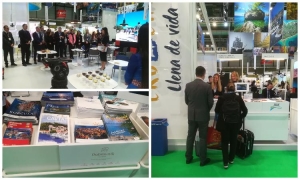 Dubrovnik-Neretva County promoted at the FITUR fair in Madrid

The Dubrovnik-Neretva County Tourist Board is participating at the FITUR fair in Madrid as a co-exhibitor at the booth of the Croatian Tourist Board.

The first three days of the fair are intended exclusively for professionals in tourism, while the last two days are open to professionals and the general public.

This is the sixth consecutive appearance of the Dubrovnik-Neretva County Tourist Board at this fair. 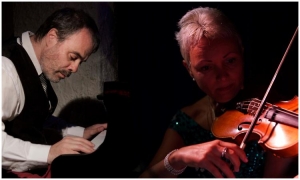 A free concert by Argentinean composer Adrián Placenti dedicated to the photographs by Pavo Urban will take place on Monday, January 27th, starting at 8:30 pm at the Marin Drzic Theater. Even though the tickets are free, you need to pick them up at the box office early in order to attend the concert.

Pavo Urban is most remembered for his war photographs, but during his brief artistic career he has distinguished himself by a series of photographs of different styles, genres and themes, and Adrien Placenti, a composer from Buenos Aires, was fascinated by Urban's series of door motifs. These are small-format black and white photographs that feature and highlight interior or exterior doors as the most common motif; the door of the room, the hall, the door of the City, including the doors from Ploce in which he died a year after taking the photo.

This is a more personal opus related to Urban's intimate spaces and his then girlfriend, photographer Mara Bratos, to whom he wrote letters from the battlefield. In one letter, he describes what Dubrovnik looks like at two o'clock in the morning when he calls Mara to America. At first, this eerie silence and darkness were frightening to him, and then… ”… you think how wonderful this city is when you cannot see it. You just feel it. And with the first darkness and the extinguishing of the light on the windows you go out into the abyss, pass by the rare fireflies and only by the scent of carob do you know in which part of Sv. Jacob you are. And everything is a game, some strange competition with reality - you are trying to convince the war that it is not that’’.

In the suite Puertas abiertas (Open Door), the composer Placenti questions this idea of fireflies, the city as a labyrinth of souls and their encounters. On the other hand, tango is "a beloved bohemian with a wound that he hides, dressed in mourning from head to toe ... laughter but also death dressed in dancers," according to the classic text of the genre, Apología tanguera songs from 1933. In the traditional milonga, the rules of conduct require that dancers remain anonymous, and often dance for years without knowing each other's names, while the dance itself is physically quite intimate. It can be said that Placenti in Urban's earlier, more intimate photographs, feels that upcoming tragedy of lost souls that also embodies the aesthetics of tango music.

The story from the encounter of the work of deceased Dubrovnik photographer Pavo Urban and Argentine composer Adrián Placenti will be performed by the piano composer himself and Katalin Bartha on the violin with the narration of actor Dario Gverovic.

Free tickets to this concert can be picked at the Marin Drzic Theatre at the box office, which works from 9am to 3pm on Wednesdays and from 3pm to 9pm from Thursday to Saturday.