Latest News
Emirates further postpones flights between Dubai and Zagreb: Emirates have announced that they will f
Croatians bought 2173 new cars in May – a drop of 76 percent compared to 2019: In May, 2,173 new cars were sold in Croa
First aid procedure to be presented with blood pressure and sugar testing: Dubrovnik Emergency Medical Service will
The Best Restaurants in Dubrovnik for Fish Lovers: Eager to travel to Dubrovnik soon? Here
TIME FOR NATURE: It's World Environment Day!: World Environment Day is celebrated ever 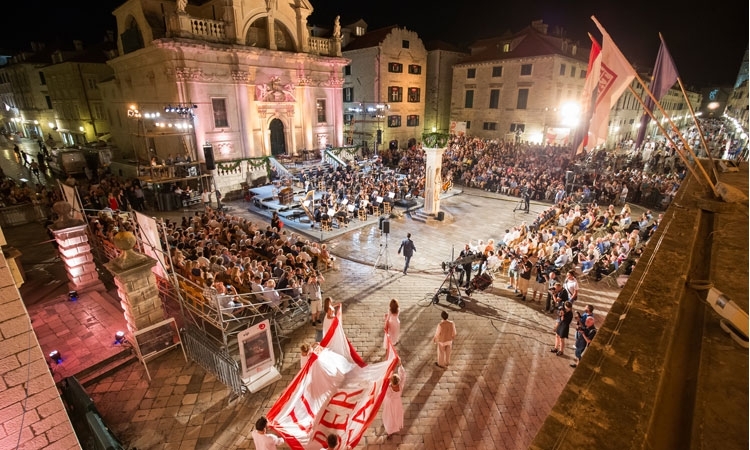 Dubrovnik Summer Festival to be held, at least symbolically

Dubrovnik Summer Festival is a tradition that gathers many art loves every year during the summer with a rich program full of plays, dance shows, exhibitions and concerts, but in the time of coronavirus, it is clear that this year will be different.

The good news is that the 71st edition of the Festival will be held, at least symbolically, Director Ivana Medo Bogdanovic told to Slobodna Dalmacija.

-We started selling tickets for the Dubrovnik Summer Festival on February 2nd, but then stopped it, returned the money to the customers and made a new, shortened version of the program for summer 2020 in mid-April. In short, we switched all foreign performers in the music program for next and only Croatian performers were left – Medo Bogdanovic said.

-We canceled the premiere of "Fathers and Sons" in co-production with the Croatian Youth Teathre because the rehearsals should had already started, but they did not, so we rescheduled the show for 2021. We have the money for this kind of program, said the Director to Slobodna Dalmacija, noting that this minimalist program can only be carried out if more than a hundred people are allowed to gather, for which there is still no indication.

However, if the epidemiological situation be such as to allow up to 50 people to gather, in the worst case scenario, Medo Bogdanovic is preparing an alternative plan only to hold the Dubrovnik Summer Festival symbolically.

- We have yet to design a few art nights for this, it is an emerging form and we have not yet decided exactly what to do. Performing some parts, not whole performances, for example ... - the Dubrovnik Summer Festival director explained to Slobodna Dalmacija.