Latest News
Festa 2020 starts today with the Festival of Vocal Groups: The 19th annual charity event Festa 2020
Croatian capital struggles with bad air quality: While Dubrovnik is bathed in sunshine, w
Croatia improves in terms of corruption but much more work needed: Is the scourge of corruption that has pl
The number of cyber attacks in Croatia grows by 65 percent: Last year, the number of cyber-security
New step towards connecting Dubrovnik to the rest of Croatia: The A1 motorway that will, when complete 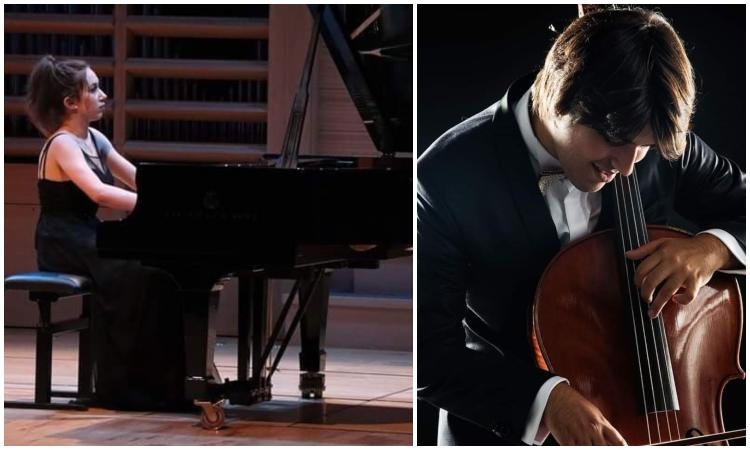 Cellist Vid Veljak and pianist Dora Ivekovic will hold a recital tonight at the atrium of the Rector’s Palace and present themselves together to the Dubrovnik audience for the first time. Young musicians will play the works by L. van Beethoven, Boris Papandopulo, Claude Debussy and Gioachin Rossini. The concert will start at 9 pm and it’s part of the cycle Dubrovnik Musical Spring.

Vid Veljak is currently working as a lead cello player at the Dubrovnik Symphony Orchestra. He started learning to play cello when he was only three and as a fourteen year old he successfully passed the entrance exam at the Zagreb Academy of Music. He graduated from the Principality of Liechtenstein at the International Music Academy in the class of prof. Jens Peter Maintz and prof. Valter Despalj. Since 2016 he has been trained in the class of prof. Romain Garioud in Paris. He is the winner of numerous competitions including international competitions Antonio Janigro and Daleki akordi, and in 2015 he was the finalist of the prestigious cello competition "Guilhermina Suggia" in Portugal. As a soloist he performed with the Stuttgart Chamber Orchestra, Dubrovnik Symphony Orchestra, the Zagreb Philharmonic, the Zagreb Soloists, the Rijeka Chamber Orchestra, the HRT Symphony Orchestra and the Cantus Ensemble. In Italy, Slovenia, Austria, Liechtenstein, France, Germany, Switzerland, Sweden, Portugal and China he has performed as soloist and chamber musician. He is a member of the Quartet Veljak and is the founder and member of the Rijeka Piano Trio.

Dora Ivekovic entered the Music Academy of the University of Zagreb in the class of professor Danijela Detoni in 2015 and was actively trained at the seminars of Ruben Dalibaltayan, Julia Gubajdulline, Vassilia Efstathiadou, Jacques Rouvier, Emanuel Krasovsky, Gábor Csalog and many others. She won the first prizes in 2009, 2011 and 2015 as a soloist at the national competitions of Croatian Society of Music and Dance Educators, as well as the first prize in 2016 in the piano trio discipline. At the International Competition Zlatko Grgosevic she won the first prize (2010). She participated in the EPTA International Competition in Osijek in 2013 and won the second prize with a special award by Ira Svarc for the Best Performing of Prelude and Fugue by J. S. Bach. In 2015, she won the first prize with a special prize for the best performance of the periodicals of classicalism at the International Competition of the pianists Memorial Jurica Murai and in 2017 at the International Competition Anton Rubinstein in Düsseldorf she won the third prize. In the same year she was the winner of the third prize at the Croatian Young Artists Competition Papandopulo, with a special prize for best performance of the works of Croatian composers. In 2019 she received the Best Artistic Cooperation Award at Darko Lukic Tribina, accompanying the singer Darija Augustan.