Latest News
Croatia tourism hires five foreign PR companies to ramp up interest for 2021: On Friday, the Tourist Board of the Croa
Iberia plans to return to Dubrovnik and Zagreb this in March: The Spanish national airline Iberia has
ASTA Conference of American Tourism Experts in Dubrovnik postponed to June: Due to the epidemiological situation in
Three mutated strains of Covid-19 now discovered – latest from Brazil: In the last 24 hours, 643 new cases of C
Study Shows These Countries Received The Most Funding by the EU for Sustainability: In order to tackle the Energy Challenge

As part of the Dubrovnik International Late Summer Music Festival there will be a recital by the award winning guitarist, Maroje Brčić, tonight at 9.00pm in the Rector’s Palace.

Concert tickets are available at the orchestra office from 9.00am to 2.00pm, and at the door one hour before the concert begins.

According to the latest data from the eVisitor system, 4.4 million arrivals were realized in Croatia during this August, or 6 percent more in comparison to the same month from last year.

The Croatian Minster of Tourism, Gari Cappeli, presented the latest results by saying that they only confirm the quality management of the tourism system, well-organized promotional activities, strong investment in the quality of the offer and the services as well as the diversity of contents in destinations.

''So far, the announcements for the upcoming off-season period are excellent. This powerful increase in tourist traffic is approaching us, for the first time in our history, to the figure of a 100 million overnight stays. At the annual level, we also expect this tourist growth to be higher than the European average. This is the direction in which we want to go further because only the dedicated and quality work of all participants in tourism will make Croatia even more competitive tourist destination'', commented Cappelli.

2.2 million overnight stays so far this year in the Dubrovnik - Neretva County

The most numerous tourists in August by the number of overnight stays were Germans (6,8 million), Slovenians (3 million), Italians (2,8 million), the Poles (2,2 million) and Austrians (2 million).

Marin Držić is one of the most famous sons of Dubrovnik. An accomplished writer, playwright and poet Marin Držić was born in 1508 into a noble Dubrovnik family. He lived a rich and adventurous life; he studied in Italy, travelled extensively and was even involved in a plot to overthrow the Republic.

Located in the heart of the Old City

But it is his writings that brought him fame. His works of tragic comedies are superb examples of European Renaissance literature. With the pieces Pomet, Novela od Stanca, Skup and Dundo Maroje regarded as some of the finest Croatian literature.

His home, located on Siroka Street, in the very heart of the Old City of Dubrovnik contains permanent exhibitions to the author as well as an example of the room where he wrote his most famous prose. 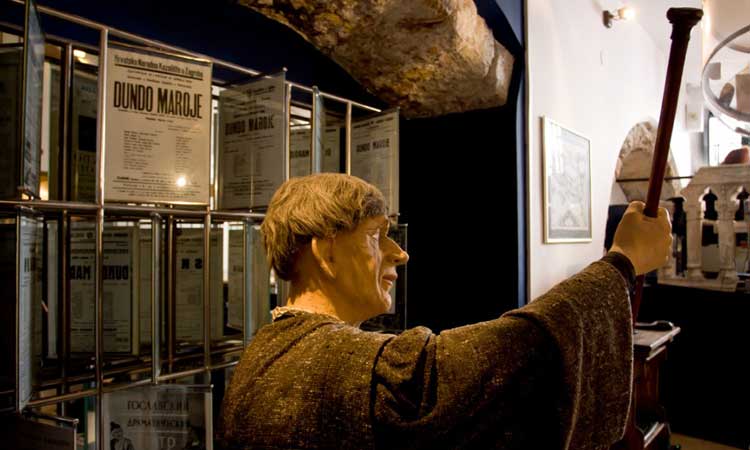 Dubrovnik’s biggest second hand sale of the year is approaching! Now in its eighth year, the Dubrovnik Foreign Circle’s annual “second hand sale” is a great opportunity to both donate your used items and find some unusual treasures at bargain prices.

The sale will be held from the 30th of September to the 2nd of October at the Lazareti complex just outside of the eastern entrance to the Old City of Dubrovnik.

Donations of clothing, toys, kitchen items, small appliances, furniture and household items will be accepted from the September 27. Pickup of donated items at your home can also be organized. Please make sure all donated items are clean and in good condition. 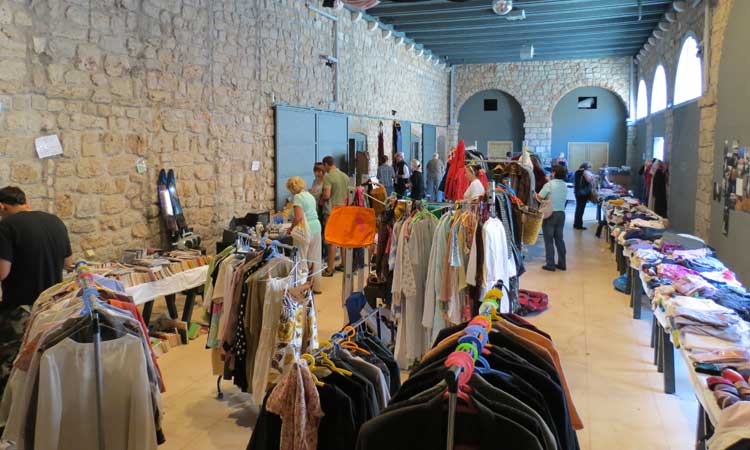 Last year’s sale raised more than 44,000 Kunas for local charities benefitting residents in need. And the Dubrovnik Foreign Circle commented that they thank everyone who participated as donors, shoppers and volunteers.

For more information on how you get involved visit the website of the Dubrovnik Foreign Circle www.dubrovnikforeigncircle.com 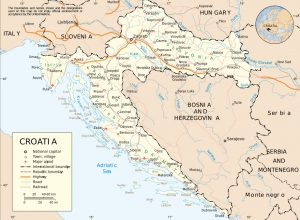 Croatia has been slowly recovering since 2008 – CIA states

The World Factbook is a source of data about countries all around the globe published each year by the American Central Intelligence Agency (CIA).

The Republic of Croatia is just one of the world countries covered by CIA's data. The Agency brings short history of Croatia, its society, population, army forces, political leadership etc.

The CIA states that the lands that today comprise Croatia were part of the Austro-Hungarian Empire until the close of the World War I. In 1918, the Croats, Serbs, and Slovenians formed a Kingdom of Yugoslavia. Following the World War II, Yugoslavia became a federal independent communist state under the strong hand of Marshal TITO. However, Croatia declared its independence from Yugoslavia in 1991.

Furthermore, the Agency describes Croatia as one of the wealthiest of the former Yugoslav republics, but also emphasizes that the country's economy suffered badly during the 1991-1995 Homeland war. ‘’Croatia’s output during that time collapsed, and the country missed the early waves of investment in Central and Eastern Europe. Between 2000 and 2007, Croatia's economic fortunes began to improve. However, the country experienced an abrupt slowdown in the economy in 2008 and since then it has been slowly recovering’’, reported CIA.

These are only some of the facts stated by the American Intelligence Agency; you can check the rest of the data here

The airports in Split and Dubrovnik have registered their strongest August on record – EX-YU Aviation News reports.

August was a great month for Split, which was again the country’s busiest airport. They welcomed 593.709 passengers during last month, which is an increase of 22 percent compared to last year.  During the first eight months of 2017, the airport welcomed 2.123.209 passengers, an increase of 23 percent. They expect around 2.7 passengers to be a total for this year.

Some members of the cast of comedy "Mamma Mia: Here We Go Again", the sequel to Universal's movie hit "Mamma Mia", are soon to come to the island of Vis. Filming will take place on several locations and Vis will have a role of Greek island Kalokairi. The main cast for the movie sequel will stay the same - Meryl Streep, Pierce Brosnan, Colin Firth and Amanda Seyfried, but the director will now be Ol Parker. Filming is supposed to last until the middle of October.

The most expected actors are surely Merly Streep and Pierce Brosnan, but it’s still a secret if they will come to Vis. However, it seems that Pierce Brosnan already visited the island in July – reports Jutarnji.hr.

According to their sources, ex James Bond landed on the heliodrome in the middle of summer, next to King George III fortress, from where he was taken to a yacht anchored next to the uninhabited island of Budikovac. Brosnan then continued cruising with his family along the Adriatic coast, Italian side, enjoying the blue seas of Sardinia and Corsica. Everybody hope that he’ll visit the island again.

Although yachts will certainly be available to Hollywood stars if needed, hosts from the island of Vis are proud to point out that their accommodation is good enough for the celebrities.  The actors will stay in luxurious island villas.

It is expected that celebrities will go to sets with fast and comfortable ten-meter speedboats with luxurious interior. Their daily rental could cost up to 1000 Euros. According to Jutarnji.hr, nobody likes to talk about it on the island, but it seems that everybody involved in the movie are more than happy with the money they will make.
Since this is a musical, besides the "ordinary" extras, production was also searching for those with dance skills. Dancers will get 800 kuna per day, while professionals will be paid with 1200 kuna.

The sequel of this famous musical will hit the theatres ten years after the first part – July 20th 2018. First movie was a big hit and earned over 600 million dollars.

VIDEO – Is this the best Dubrovnik video of the year?

The website Refinery 29 started this series of 60 second cities last year in co-operation with Microsoft and this second season is sponsored by the Lincoln Motor Company. “60 Second Cities is a fly-by-night fever dream of a vacation told in distilled moments. In a minute flat, we showcase hyper-shareable tours of lesser- known travel destinations that make you want to pack your bags!” comments the creative department of Refinery 29.

From the islands, natural beauty, nightlife, restaurants and activities this 60 seconds Dubrovnik video pretty much covers it all. Take a minute out of your day to watch this fantastic video.